* Challenge to Atheists and Theistic Evolutionists: RSR co-hosts Fred Williams, with Creation Research Society, and Bob Enyart, challenge atheists to give a rough description of how evolution could possibly explain (it cannot) a caterpillar liquefying itself and re-creating itself into a butterfly. Evolution uses random mutations, small incremental changes, and natural selection. The chrysalis stage is an impassable gulf that small random changes cannot cross. A caterpillar species needs to begin digesting itself, turning itself into a "bag of rich fluid," and then forming all new tissue and organs, including wings, legs, antennae, heart, muscles and nervous system, building a brand new organism, and then starting the process all over again. So, Bob and Fred invite any atheist to spend the next 25 years trying to come up with a rough algorithm of how Darwinism can cross the Chrysalis divide!

* Carbon 14 Found in Deep Well Gas: Carbon 14 decays in only thousands of years, and therefore, cannot last for millions of years. (See our RSR Carbon-14 program for why evolutionary secondary assumptions like neutron capture and contamination frequently do not apply.) Thus, young-earth creationists find evidence that the earth is not billions of years old as Christian and secular scientists find Carbon 14 EVERYWHERE it shouldn't be if the earth were old, including in diamonds, coal, oil, dinosaur fossils, and marble. Now, Creation Research Society Quarterly author John Doughty reports on radiocarbon found in two-mile deep natural gas wells! Doughy concludes, "Once again, fossil gas is not carbon-14 dead. Thus, the age of the gases is on the order of thousands, not millions of years."

For our Real Science Radio friends, in case you miss other BEL programs, here are some of the:
Atheists Bob Enyart has debated...
- ABC's Reginald Finley, called The Infidel Guy, appeared on ABC's Wife Swap program; 3-26-07;
- TheologyOnline's psychologist Zakath in a 10-round moderated written online debate, also available in soft cover;
- John Henderson who wrote the book God.com 6-15-2006;
- Carlos Morales, Fox News, Huffington Post, etc. reports on U of Texas atheists Bible-turn in program, president of Atheist Agenda 7-14-10
- Michael Shermer, an editor with Scientific American and the Skeptic Society who in in this famous 73-second excerpt on BEL denied that the sun is a light, illustrating that it's tough debating atheists when they're hesitant to admit to even the most obvious common ground. 8-28-03 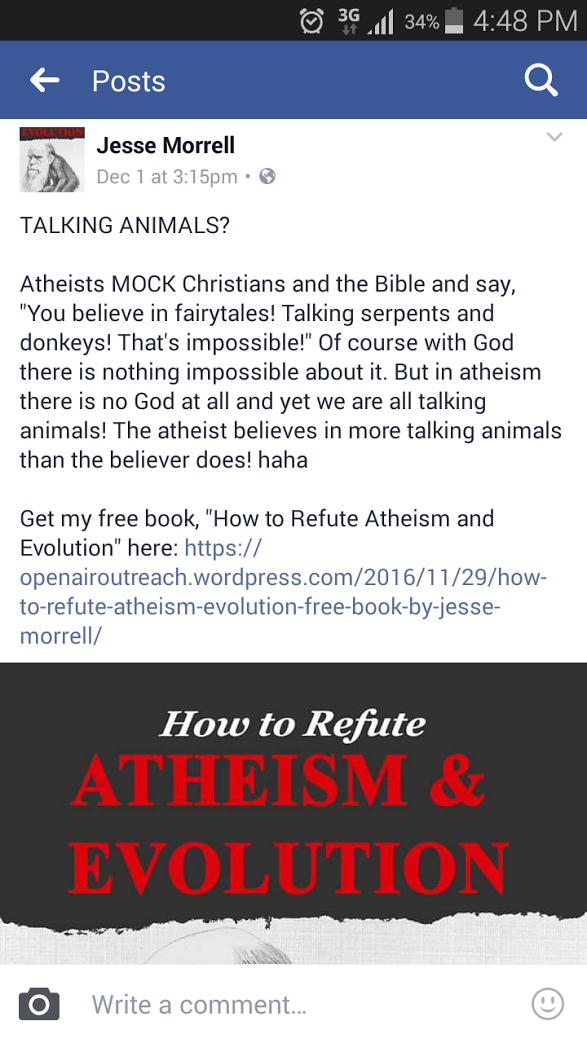 Post-show Note: Please join Bob, Tom & Madelyn in welcoming Judie Brown to Colorado at evening $100-a-plate fundraisers on April 4 & 5, or help get signatures, or you can donate directly to the non-deductible Colorado RTL Issue Committee to help get Personhood on the ballot in November! Just call Donna at 303 753-9394! Our deadline for 76,000 signatures is May 13th! We're at 45,000 and going strong! We need your help! Please, help!

Today's Resource: All through history, butterflies have fascinated artists and philosophers, scientists and schoolchildren with their profound mystery and beauty. In Metamorphosis you will explore their remarkable world as few ever have before. Spectacular photography, computer animation and magnetic resonance imaging open once hidden doors to every stage of a butterfly's life-cycle. From an egg the size of a pinhead to a magnificent flying insect. It is a transformation so incredible biologists have called it "butterfly magic." The butterfly's superbly engineered body is magnified hundreds of times to reveal compound eyes made of thousands of individual lenses, wings covered with microscopic solar panels, and navigational systems that unerringly guide Monarch butterflies on their annual migration from Canada to Mexico. How did these extraordinary creatures come into being? Are they the products of a blind, undirected process? Or were they designed by an intelligent cause? Filmed in North, Central, and South America, Metamorphosis is an unforgettable documentary filled with the joys of discovery and wonder.