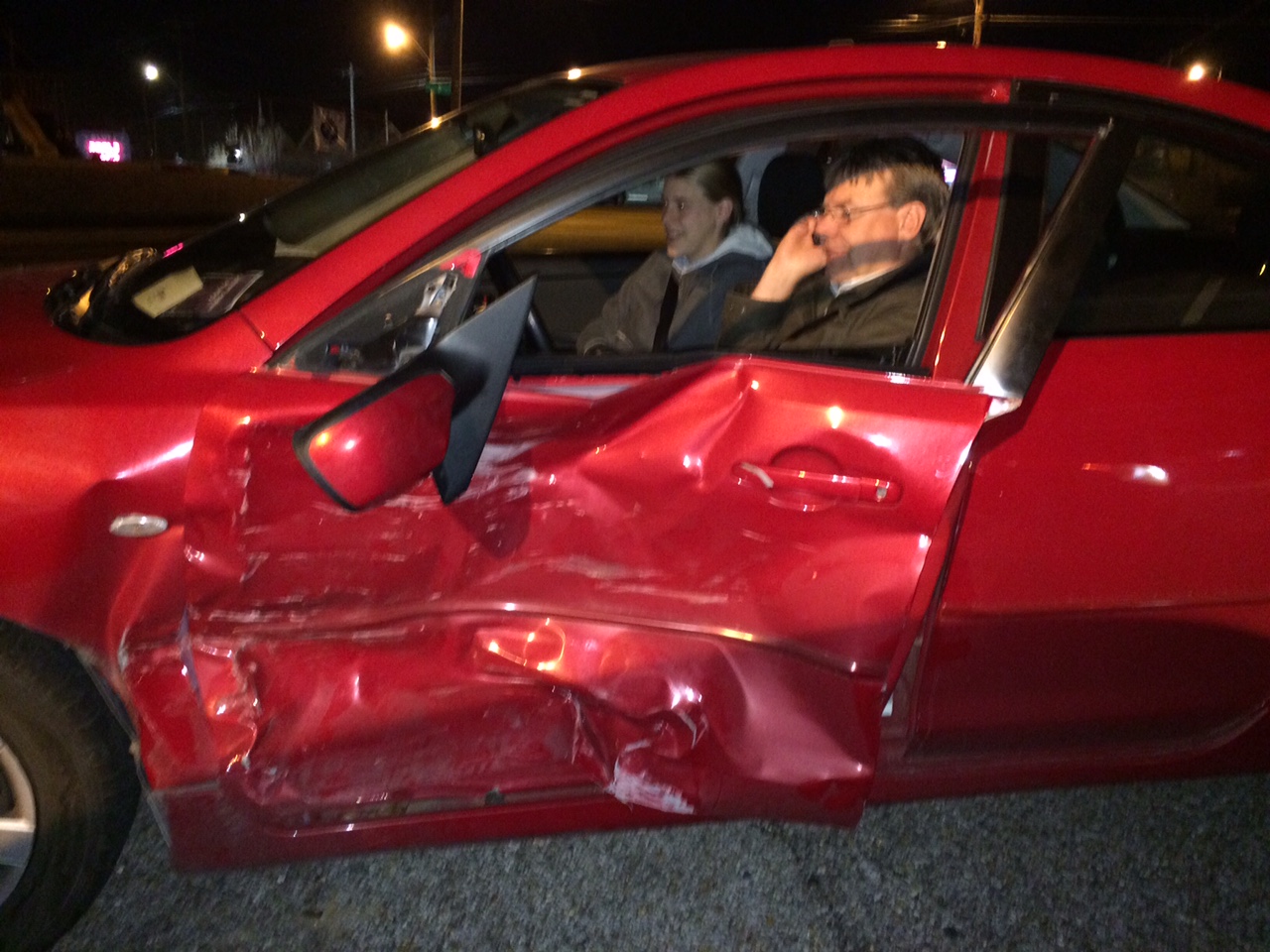 * December 15, 2015 Car Crash Update: I just received an email from out-of-state friends who are hosting the Zastrow's at their home during a missions trip. "Cal and Corrie were in a car accident earlier this evening. Thankfully they are both okay, but as you can see, the car was hit pretty hard. Obviously this is an unplanned expense; this vehicle was gifted to them and it's insured but we'll have to see how much the insurance company values this car at. We're exploring some lower budget cosmetic fixes. Bob, I wish that my family and I were in a position to help them completely with this. We are praying about how much we can give to help Cal right now. But I'm sure there will still be more cost. You must know more folks who love the Zastrow family (like we do), who may be willing and able to help out financially. I don't imagine that they'll solicit help so I want to for them. I would appreciate if you would pass this request along to a few folks."

If for some reason you are more comfortable doing this, you can make a check payable to Trish Zastrow and mail it to BEL, PO Box 583, Arvada CO 80001.

* Cal Zastrow Reports from the Front: (On today's radio program, i.e., back on August 11, 2014) Bob interviews Cal, Christian leader extraordinaire, about the New Beginnings church in Warsaw, Ohio that was under attack this past weekend from immoral protesters, and about the Louisiana abortion clinics that weren't able to kill children during the week that Cal and a couple hundred of his closest friends were there, working with Operation Save America!

NBC's The Voice singers to perform in Denver
at the Be A Voice for Brady concert for Amendment 67!

* Breaking News: Bob Enyart announces that talent from NBC's The Voice TV program will perform at Colorado Right To Life's Be A Voice For Brady concert, Sat., 7 p.m., Oct. 11th, at Denver's Church in the City! Three performers from the 2014 season of The Voice, Ryan Whyte Maloney, Noah Lis, and Biff Gore, will all sing. Please plan to be there if you can, even if you have to come in from out of town!

* James White vs. Bob Enyart Debate Now on Video: The video has just been released for Bob's debate with famed theologian James White, to answer the question: Is the Future Settled or Open? Dr. White, in an attempt to win the aftermath of the debate, agreed, shockingly, with R.C. Sproul Jr.'s horrific comment, that "God the Son does not now nor has He ever had two natures.", in an explicit effort (see the full comments) to deny that in the Incarnation, that God the Son took upon Himself a human nature. Even worse, we've now seen some Calvinists from around the country, apparently only in an attempt to support their side in the debate, agreeing with this heretical claim. If this false teaching were to develop into a schism among reformed believers, that would be a tragedy indeed. We're praying that R.C. Sproul Jr. and James White retract their statements, which can be seen at opentheism.orgjames-white#comments. This has devastated all of us here at BEL. Here is the debate which led to this aftermath: