From the BEL archives!... Who has the authority to grant permission for people to marry? Sadly, many people including Ben Shapiro, say the government should have no role. Thankfully, Matt Walsh has been trying to correct Ben on this and here on BEL we'll take that correction to a new level.Some claim that only the church has authority to preside over weddings. Yet while this is changing, most people have willingly submitted to the government as the official certifier of marriage. For as Colorado barista Leanna Aberle has said, "Marriage is a covenant not only between the man, the woman, and God, but also with the whole world." Others however claim that the authority to marry lies solely with the two individuals involved. On this program, Bob Enyart presents the arguments for and against each of these three ideas on authority regarding marriage. See more at kgov.com/marriage. 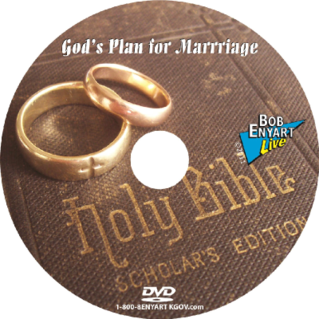 * See Bob Enyart's Series on Marriage: Bob presents a three-part video biblical teaching series to husbands, wives and those who hope to be some day. See this on Blu-ray, DVD, or download and get it by calling 1-800-8Enyart (836-9278) or just click on over to store.kgov.com.