Bob Enyart airs a kids song on YouTube from the perverts who produce the children's cartoon Blue's Clues. We're a long way from PBS' Sesame Street. Decades ago SS was singing "anyone's a family", i.e., homos, "if they're doin' the family thing." Today Blue's Clues is singing, It's Time for a Pride Parade, when "Families marching one by one, this family has two mommies... this family has two daddies... these babas [sluts] are non-binary they love each other so proudly and they all go marching in the big parade. ... Families marching four by four... trans members of this family they love each other so proudly". The pope would be proud. Of course leftists, as child-sex advocates, love to talk to little kids about sex, which ends up grooming them for early promiscuity and even molestation. If they had the opportunity, the left would cry, Crucify Him, Crucify Him. So don't give them the benefit of the doubt and instead, presume that their claimed justifications are actually lies in that they don't even believe the justifications themselves but rather they're trying to manipulate you. As to the Pope, see his idolatrous tweets at kgov.com/enyart-debates-a-catholic and see the Pope's List at kgov.com/pope-list. 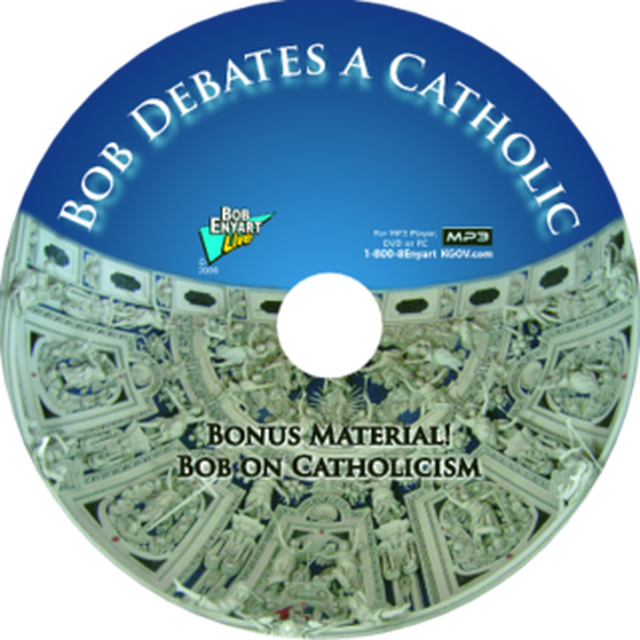 In the KGOV studio, Bob Enyart, as the Pastor of Denver Bible Church, debated a Roman Catholic on the teachings of the Vatican and the text of the Bible. In the two decades since, the respectful and wide ranging discussion has brought many thanks from folks trying to understand better evangelical criticism of the Vatican's doctrine.