Bob's Criticism Sent to Hyatt; and Will Duffy's Debate Next Tuesday!

As a daily radio talk show host for 30 years on Colorado's most-powerful station, the 50,000-watt AM 670 KLTT, today I'm letting our audience know that Hyatt is no longer a welcoming place for "their kind", as I'll put it. I've always publicly utterly opposed CPAC. But for Hyatt to make a comment about CPAC, so easily used to further the slander against these "conservatives", that they may have intended to promote or identify with the NAZIs, is outrageous. And personally, I despise Hyatt for compelling me to defend CPAC. Whoever in your ranks wrote that statement did so out of a hatred for conservatives, and you then put your whole company's reputation behind it.

* Pre-Debate Discussion: Bob continues his pre-debate discussion looking forward to next Tuesday night when DBC's own Will Duffy will debate live on YouTube, "Does the Bible Teach that God Exists Outside of Time?" on March 9, 2021 at 6 p.m. Mountain Time. Bob presents Category 3 of 33, that "God has Qualities that can Only be had if He Exists in Time like patience, slow to anger, and hope", and he begins sharing Category 22, "Things that God Became for though He was not always these things, if He wants to, even though it contradicts classical theology, God can change and become such."

* Again, We Thank Everyone and Every State that Helped with the BEL Telethon, including Kentucky! We believe we've more than exceeded our goal. The $42,750 we've already reached, plus the large contribution coming from a Christian men's group in Canada, should put us well above our $50,000 goal! Thank you all, including the latest addition, Kentucky! 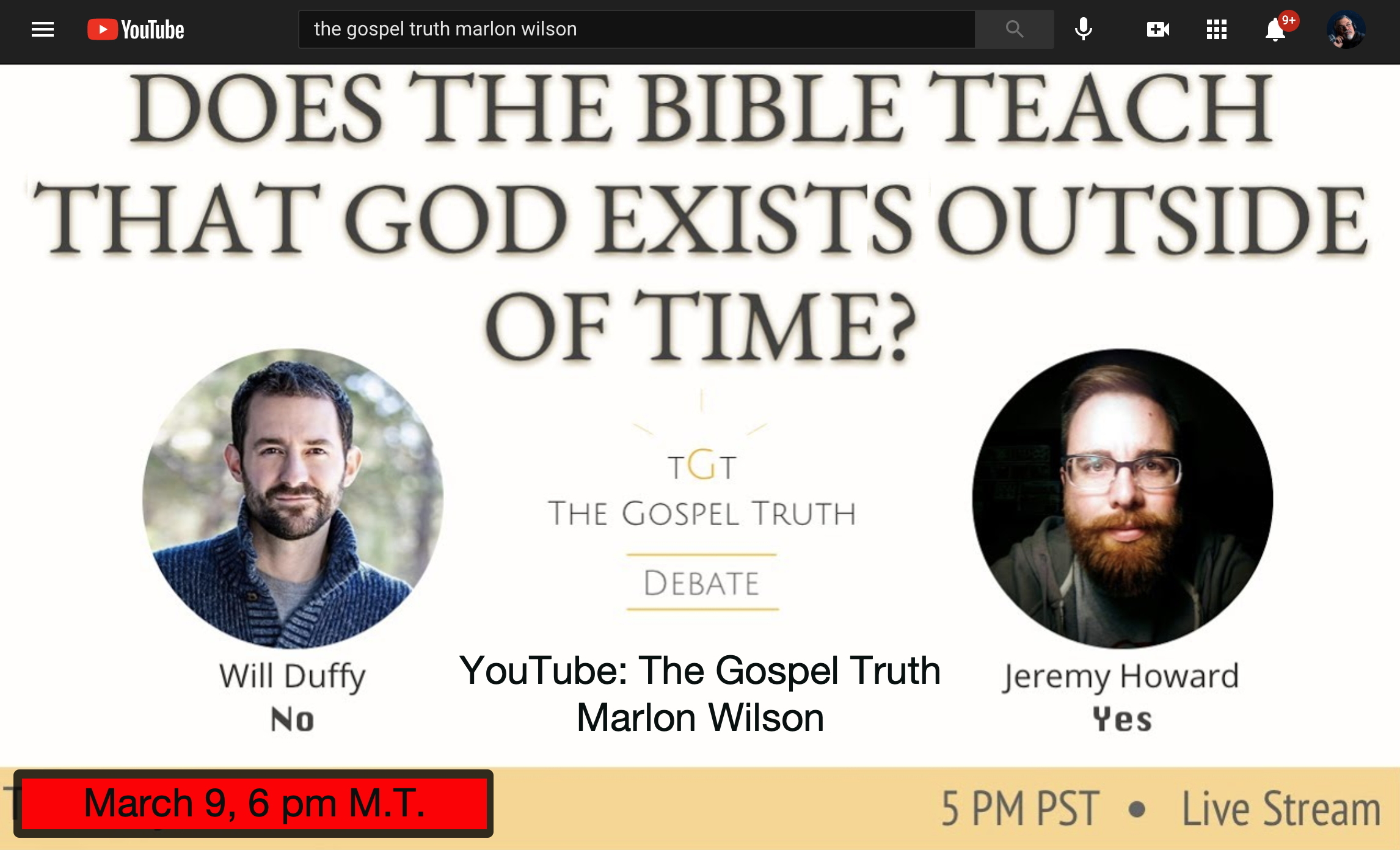 Today's Resource: Is God Outside of Time? Not According to the Bible.

Most Christian theologians join countless philosophers of the last 2,500 years in saying that God is outside of time. However, if the Scriptures teach that God Himself experiences change in sequence, that would indicate that God exists in time, in the present, with a past, and looking forward to a future. This would demonstrate that atemporality, that is, timelessness, is not a necessary attribute of deity. So here is an example of a biblical proof demonstrating that God has a "past" and therefore falsifying the claim that God is outside of time...

Read more by clicking on the link above!