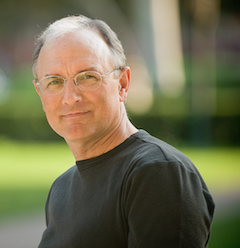 Before hearing Greg Koukl's defense against our charge that he is a moral relativist, Bob Enyart makes a prediction. He predicts that the host of Stand to Reason could sum up his own defense with the words, "I cannot be a hypocrite." Now that the radio audience and Bob have heard, at the same time, much of Koukl's reply to our accusations, we call this prediction confirmed. Greg's first defense, which he then admitted was no defense, was that he has relevant academic credentials. His second defense was that in particular he is an expert on the meaning of moral relativism, even having written a book on the subject (something that Greg told Bob on the radio 12 years ago). And of course, unless it is impossible for Greg to be a hypocrite, it is no defense against the accusation of him being a moral relativist for Koukl to claim that he is an expert on the topic. * What's Good for the Goose: It likewise does not prove Enyart's accusation for us to quote a professor of ethics, Dr. Ronda Chervin, Ph.D. in Philosophy from Fordham University and an MA in Religious Studies from Notre Dame, and Professor of Philosophy and Theology at Loyola Marymount University who writes of Bob's writings over at AmericanRTL.org, "I am a pro-life professor of ethics. I plan to use this in class. It is the best thing on this subject I have ever read. I just want to thank you profusely for devising it." On the other hand, because at americanrtl.org/half-a-loaf Bob Enyart documents that the Southern Baptist Convention's expert on ethics Dr. Richard Land is a moral relativist, on the exact same grounds that convict Greg Koukl, that of course does matter.