* Bob's Friend's Film Coming to a Theater Near You: A once-in-a-lifetime currency collapse leads to rioting and anarchy throughout the nation. In the city of Zanesville, Ohio, one family prepares for a quick exit out of town. Rick, a father of five (Kevin Sorbo), having barely survived being caught in a riot in one of the hardest-hit areas of the city, orders his children to quickly prepare to leave. To see more about Patrick Johnston's film The Reliant, and to get tickets for the October 24th one-night only showing, just click on over to Fathom Events. (Also starring Mollee Grey, Brian Bothsworth, Eric Roberts, and the Benham Brothers.)

So what's a man to do? Years ago Doug McBurney asked, "What's the hardest thing about switching to a Mac?" to which Bob Enyat answered, "Telling your mother that you're gay." Ten years later, Drudge reports, "iPhone user sues Apple claiming device made him gay". Samsung underwriting the plantiff's legal fees is not yet confirmed. And speaking of Drudge, has anyone seen him in public lately? Meanwhile, back in the real world, Denver's most destructive newspaper just wrote an article about a misguided attempt to pass an ill-conceived and mistitled late-term abortion ban, Due Date Too Late. Westword reports, "Bob Enyart, a spokesperson with anti-abortion group Colorado Right to Life, puts it, 'You don't regulate how, when, why you can kill innocent children.' Colorado Right to Life does not support the 22-week ban." See AmericanRTL.org/incrementalism, AmericanRTL.org/regs, and AmericanRTL.org/life. Bob discussed also the media's prediction (and Matt Walsh's reaction) of violence to follow the latest Batman franchise film and why they've temporarily switched their decades old insistence that, "Hollywood mysogyny, sex, and violence cannot possibly affect the real world!"

* Argentina May Decriminalize Murder Complying with US "Pro-Lifers": 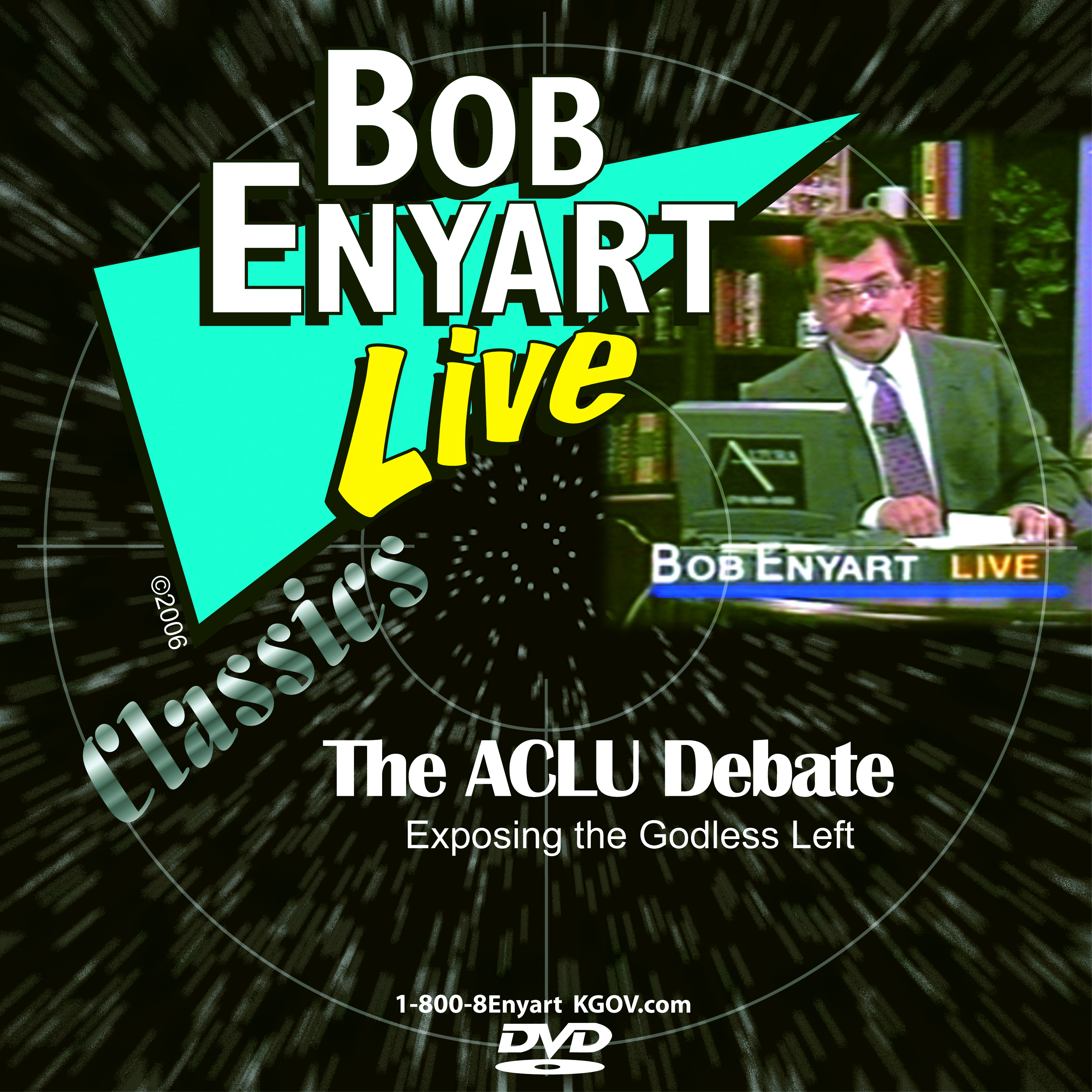 Today's Resource: Bob Debates ACLU Leader DVD or Video Download Bob squares off against the Executive Director of the Colorado ACLU, Jim Joy in a televised debate on a Denver PBS station. Watch as joyless Jim hesitantly admits to the ACLUs support for the sale of child pornography. And which of the two opponents do you suppose will better know (or admit) the ACLUs own role regarding Jack "The Dripper" Kevorkian and his killing of sick people? Ultimately, the two men debate who is most qualified to govern, pagans, or biblical Christians. Another must see video!

Also consider checking out our documentary: Focus on the Strategy 2

"Awesome! Six hundred thumbs up!" Focus on the Strategy II was filmed before a live audience of 300 Christian activists in the Supreme Court chambers of the Colorado State Capitol building during an event marking to the very day the 40th anniversary of Americas first law legalizing abortion for rape and incest.

Focus on the Strategy II not only documents the political sell-out of the pro-life movement, it answers the question of how to restore the movement and end Americas "legalized" child killing. Focus II stands alone, preferably viewed before Focus I, and documents that:

At 50 minutes, Focus on the Strategy II is just the right length to watch in a Sunday School class, or with friends at a video party at home (yours or theirs)! There is no need to watch the "prequel" Focus on the Strategy, before watching this sequel, however they support one another powerfully!