Another scientist doubting Darwin and other expected (i.e., awesome) developments!

[T]o help create a brand new form of organism, a mutation must affect a gene that does its job early and controls the expression of other genes that come into play later on as the organism grows. But mutations to these early-acting "strategic" genes, which create the big body-plan changes required by macro-evolution, seem to be invariably fatal... Evidently there are a total of no examples in the literature of mutations that affect early development and the body plan as a whole and are not fatal.

* RSR/BEL September Telethon: And of vital importance for RSR to continue broadcasting and podcasting, Bob asks you to consider donating to our annual September telethon by calling 1-800-8Enyart (836-9278) or at our online store by subscribing or getting some of our extraordinary resources!

* A (Thankfully) Picky Ovum: She's preferentially receptive to gametes that offer good copies of its own corrupted reproductive genes... 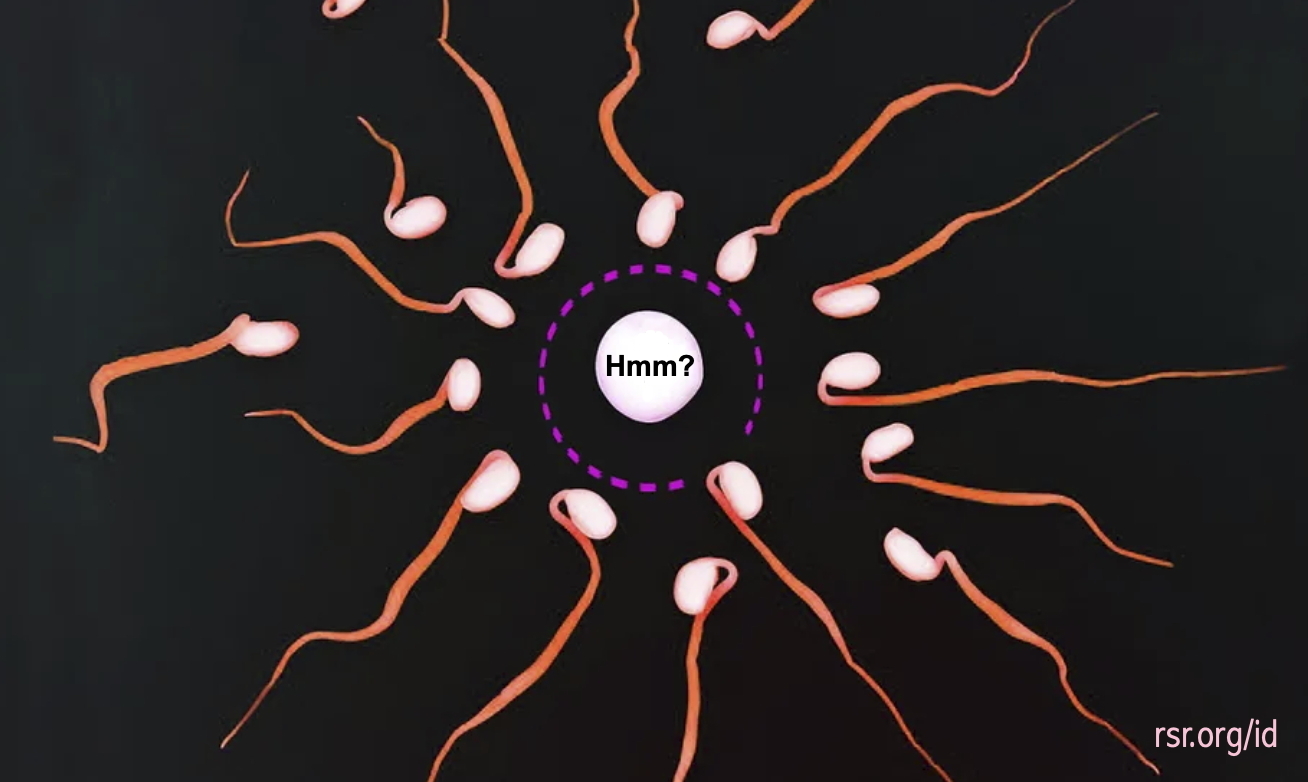 Research shows that if the egg (ovum) has corrupted copies of its reproductive genes, it attempts to select a sperm with good copies of those degraded genes. So the ovum apparently can discern, out of about 20,000 genes scattered among billions of nucleotides, whether or not a sperm possesses a good version of one of its own damaged reproductive genes. (The genome modifies its expression in three dimensions based on the temporal needs of the cell or even of the entire organism. So RSR expects that the X and Y chromosomes will have manipulated their contents to insure that those relevant reproductive genes will not be deeply buried within but will be readily available on their surfaces.) This astounding ability to screen the sperm for good genes is consistent with other examples of extremely robust reproductive quality control design features. So the ovum prefers and admits the sperm with the healthier genes. Wow. Here at RSR we predict that this ability (like countless other biological functions and pieces of biological information) is not being controlled by genetic information within the DNA molecule itself but by some kind of "epigenetic" process. And, as California listener Randy Hayes often says, "How'd that evolve?" For, after all, unlike with genetic mutations, textbook neo-Darwinism doesn't even have a mechanism for explaining modifications to the exceedingly abundant and varied forms of non-genetic biological information.

* Babylonian Enuma Elish Helps Corroborate Genesis: Bias against the Scriptures, by atheopaths and others, leads scholars to a backward conclusion. Widely, as Joshua Mark does in the Ancient History Encyclopedia, they attempt to discredit Genesis by claiming that the Enuma Elish was the source material for the Bible's creation account. To discredit Moses though, you have to do something other than provide evidence consistent with his account. And that's all that such scholars have done. For if Genesis were true, then within a few centuries of the global flood, scholars would expect that the generations descended from Noah would be aware of the creation, fall, and flood accounts. And further, as documented in Scripture, in their rebellion they would twist God's words and the truth into deception and worship entities of their own creation. The wildly mythological Babylonian account is far more likely to be the derivative account, taken from their gradually blurring societal recollections of the true history of the world. Yet scholars think that the "primitive" Hebrews, whom they deride, retained the core of the idolatrous accounts but without the idols. The extraordinary nature of this state of affairs is not so much that mainstream scholars haven't discredited Genesis. It's that they are fully incapable of recognizing that have done nothing but produce vast troves of evidence consistent with the Bible. The source material for the Enuma Elish was the actual creation and flood, as later recorded authoritatively through divine inspiration by Moses. Without performing a search of the literature, it is RSR's impression (see for example the Ancient History Encyclopedia) that many critical accounts do not object to this latter explanation because they don't even recognize it. In their deep bias these scholars presume that their discoveries consistent with Genesis have thereby discredited Genesis.