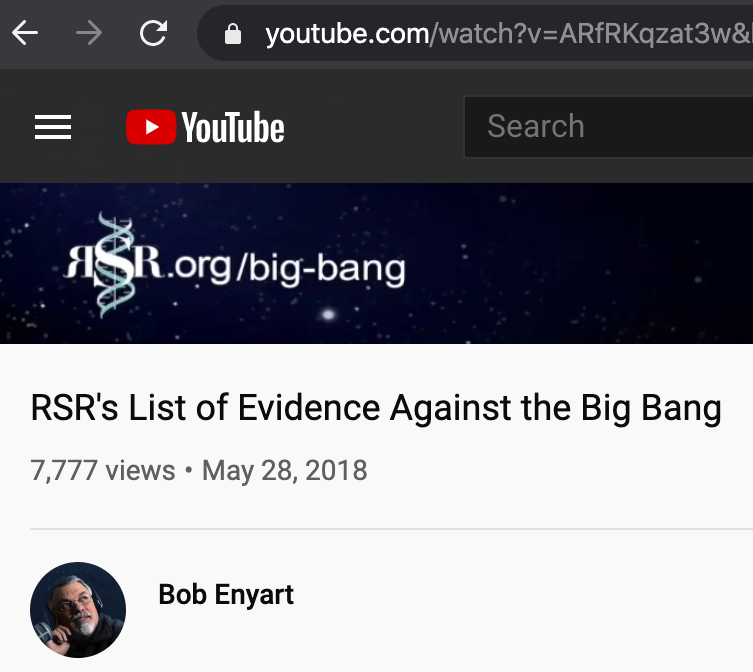 With a major astronomy observation published in 2018, big bang proponents are running out of places to look for dark matter. When they finally admit that there Is no dark matter, millions more people will realize that the big bang theory is false. Meanwhile though, YouTube took down Real Science Radio's best-selling video, Evidence Against the Big Bang (but it's now back up so see it embedded below). So hosts Bob Enyart and Fred Williams share RSR's List of When We've Been Dissed. For Bob Enyart Live was deplorable before deplorable was cool! And at rsr.org/dissed we present our List of When We've Been Dissed, including by the IRS, Amazon, Facebook, Airbnb, YouTube, and Ann Coulter. Then Bob and Fred review the astronomy studies published in 2012, 2015, and 2018 that completely failed to find the expected dark matter, a failure predicted by creationists like at rsr.org/predictions but contrary to the expectations of NASA, rsr.org/lawrence-krauss, etc.