* Bob & Will Analyze Texas' HB2 Child Killing Regulation: Bob welcomes Will, one of his long-time producers, back into the studio to analyze the latest child-killing regulation, this one in Texas. The "regulation" of any crime, such as adultery, murder, rape, lynchings, etc., is inherently immoral, it worthlessly does evil that good may come of it, when regulating abortion, it undermines the right to life, and delays the ability to protect every child by love and by law. 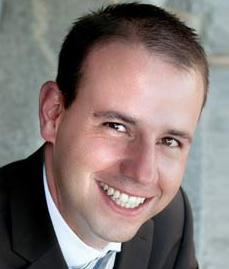 T.J. Fabby for Texas State Representative  To the unborn younger than 20 weeks: You are worth fighting for, too. I pledge to continue the fight to restore your rights!

T.J. Fabby for Texas State Rep.  What are you talking about, Will? I haven't consented to the killing of anyone.

Will D  H.B. 2 consents to the killing of preborn children before 20 weeks and children with abnormalities. A vote for this bill is agreement with that consent.

T.J. Fabby for Texas State Rep.  A vote against this bill does nothing and saves none of them. Is that what you prefer?

Will D  T.J., back to my original point, it's wrong to consent to the killing of some in order to save others. When a terrorist takes a school full of children hostage, and offers to let certain kids go if he can kill others, you do not take him up on his offer. Even though you will save none of them by refusing his offer, you still refuse.

T.J. Fabby for Texas State Rep.  So you would prefer to save none of them?

If I refused to negotiate with the terrorist holding the school hostage, would you accuse me of preferring to save none of them?

T.J. Fabby for Texas State Rep.  Babies are being killed....it's not just a threat. So you would prefer to save none of them?

Will D  T.J., imagine then if the terrorist was killing one child per hour, on the hour, until his offer was accepted. I still would not consent to the killing of some of the children in exchange for the release of others. In the hostage situation, do you accuse me of preferring to save none of them?

* Texas Representative T.J. Fabby Did Not Respond: Of course he may have been busy and not seen Will's last post. As a result, he did not answer the question. Will concluded with this:

If this was Nazi Germany, H.B. 2 would be the equivalent of banning the killing of a Jew once he/she reached 40 years of age (unless they were handicapped, in which case you can kill them at any age). Of course the Nazis would make sure to kill all Jews before the age of 40. This is why H.B. 2 went out of its way to state that it did not have the power to stop one woman in Texas from getting an abortion. It bragged that it did not impose an "undue burden" or "substantial obstacle" on a woman wanting to kill her child. I would encourage you to publicly apologize of your support for H.B. 2 and encourage Rick Perry not to sign it.

Get the Focus on the Strategy 1 & 2 DVD combo containing the blockbuster analysis of pro-life and political strategy. Focus on the Strategy, advertised by other ministries as the DVD of the Century, is the blockbuster analysis of Christian political strategy, filmed before a live audience of 300 Christian activists revealing a presentation given to Focus on the Family to Dr. James Dobson's V.P. Tom Minnery and their Public Policy group. And the sequel, film festival finalist Focus on the Strategy II, with its dozens of video and audio clips, has extraordinary endorsements from many Christian leaders as the must see video for everyone who wants to abolish human abortion. And for those who want the complete trilogy, Focus 3 is also available, presenting American RTL's three-pronged strategy of how to end abortion. Please watch these vitally important videos online or order the above DVDs, and consider getting a set for a friend, for a pro-life leader or activist you know, and for your local pro-life organization!