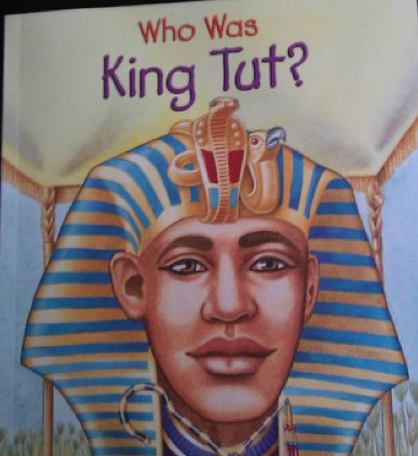 * Respectful Programming Leads to Ratings Blockbuster: Real Science Radio hosts Bob Enyart and Fred Williams favorably review the History Channel's ratings blockbuster miniseries, The Bible. The producers were mostly faithful to the Scriptures. Examples include their depiction of the supernatural creation of the Earth, the global flood, a real Cain and Abel, and Adam and Eve. This is unlike Christianity Today, with, we presume, their plummeting magazine circulation, and their denial of the existence of Adam (tell that to him), and also, their denial of a dozen major Bible teachings including that God made man from the dust of the ground.

* Contrasting the Blockbuster with NBC's Epic Disaster: Bob and Fred contrast The Bible miniseries with NBC's terrible 1999 program Noah's Ark, with Noah's "cousin" Lot as the pirate who attacked the Ark! Really! You can't make this stuff up. But it does help segue into today's Ice Age story. For Fred takes off on this by mispronouncing a Bible character's name as Peg Leg! :) as in the days of Peleg when the Earth was divided (i.e., when sea level rose after the flood, yes rose, and so the land bridges connecting many of the planet's land masses were submerged).

* On How to Start an Ice Age: Forget a cold Earth! That won't start an ice age because global cooling would virtually shut down evaporation from the oceans, which would then leave the continents cold but without their massive ice covers. And forget a warm Earth, which would provide plenty of evaporation but while the precipitation might flood the continents, it wouldn't cover them in an Ice Age. Rather, you need warm oceans and cold continents to start an Ice Age. And for centuries after the Flood, those conditions are exactly predicted by Walt Brown's Hydroplate Theory.

* Plants, Apes, and Trees have Rights, Babies Don't: From the Spring 2013 issue of Answers magazine, the guys also discuss the article reporting that Ecuador has joined the special insanity of nations which in rejecting the Creator begin to worship the creation. Whereas some countries have begun giving human rights to apes (rights that they deny to unborn children), this South American country is giving rights to plants. Yes. Plants. With the evolutionary movements to give rights to animals, trees, insects, computers, robots, and rocks, the call for "legalizing" infanticide is a predictable, though overtly wicked, development. The killing of newborn children for any reason and anytime in the first weeks of their lives has been either romanticized or outright advocated in the New York Times, and from professors at Colorado State and Princeton universities, and from Discover magazine, and in the Journal of Professional Ethics.

* What Does Mitt Romney Have to Do with Evolutionists and Liberals? Quite a bit actually. Not being deceived by the excuses made by his campaign, as the father of homosexual marriage, the architect of Obamcare, the implementer of the tax-funded $50 co-pay late-term abortion, the coercer of adopting out kids to homosexuals, and the insister of pro-life hospitals administering the abortion pill, Romney was anti-family, anti-child, anti-life, and anti-Christian values.

Today’s Resources: Have you browsed through the Science Department in our KGOV Store? You’ll love the superb kids radio programming, Jonathan Park: The Adventure Begins! Also, you can order any of our BEL and 3rd-party resources, just call us at 1-800-8Enyart.