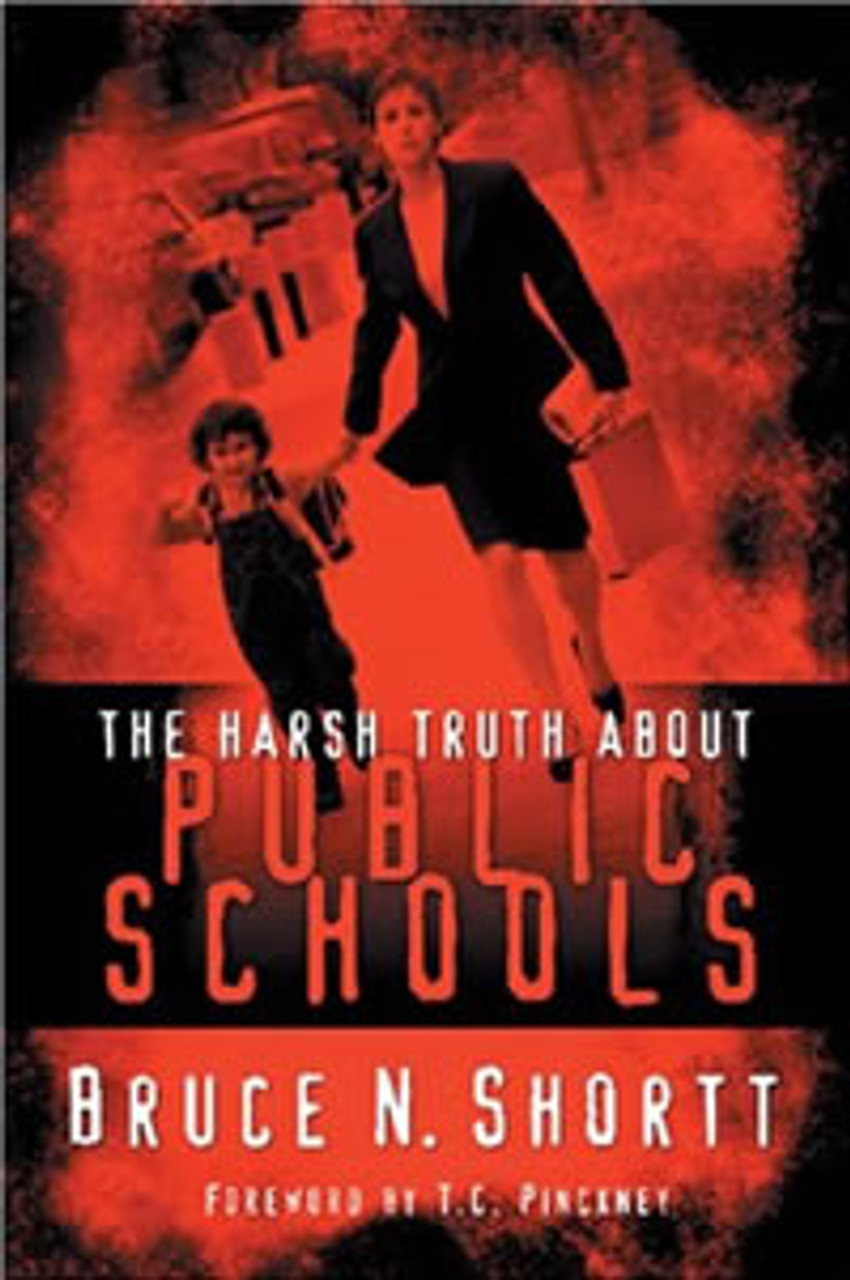 * Bob Interviews Emily Walk, 11-Year Indianapolis Classroom Assistant: Two weeks ago Emily retired from working in the Indianapolis public schools. Today she talks with Bob Enyart about the importance of parents pulling their kids out of the public school system. [Programming note: Emily was a bit nervous on-air and naturally became more comfortable as we continued talking after the program ended, so with her permission we then inserted a couple of her later comments back into the program. We'd say, "Enjoy," but the sad topic doesn't lend itself to enjoyment; but please, listen carefully, and then get Bruce Shortt's important book!]

* The Harsh Truth About Public Schools: To accompany today's program, Bob Enyart recommends Bruce Shortt's vital book about the devastating consequences of a Christian (or anyone) sending his child to any one of America's public schools, which are all godless. Precious kids are destroyed by the thousands by the sophisticated indoctrination that gradually turns them against their parents and against Jesus Christ. After the influence of their public school education, millions of "Christian" young people reject the existence of moral truth, and blaspheme Jesus Christ by their belief that He sinned while on earth. Please pull your kids out of public school.

* Creation at Denver Bible Church on Sunday June 10th:  Pastor Bob invites you to visit DBC at 7180 Oak Street in Arvada especially this morning at 10:50 a.m. to worship with us and then to hear the president of the Creation Research Society, Dr. Don DeYoung!

* Will Retiring Neal Boortz Keep His Word to BEL: During the Boortz/Enyart Debate on a National Sales Tax, Neal Boortz promised the audience that he would put a link to that debate on his own homepage for a week. Neal has yet to do that. Any suggestions on how to get Neal to keep his word on this?

* Planned Parenthood and Mitt Romney: The abortion chain and the Republican presidential candidate Mitt Romney are longtime partners although they are also partisan competitors. So get informed! Be an educated voter! Avoid hell! Avoid hell on earth! Pray that Romney will avoid hell in hell. Read the Romney Pro-life Profile!

Today's Resource: Have you seen the Government Department at our KGOV Store? Today we are featuring Bruce Shortt's vitally-important book, The Harsh Truth about Public Schools. And check out the classic God's Criminal Justice System seminar, God and the Death Penalty, Live from Las Vegas, and Bob on Drugs DVDs, and our powerhouse Focus on the Strategy resources!