Cain, why is thy countenance fallen?

* Great Development:  Pro-Lifers Demanding No Exceptions! Bob Enyart and Colorado RTL's Leslie Hanks talk about Herman Cain's recent smear on his own previously strong pro-life position. An encouraging development is the increasing insistence by pro-lifers that candidates protect all children, without exception! 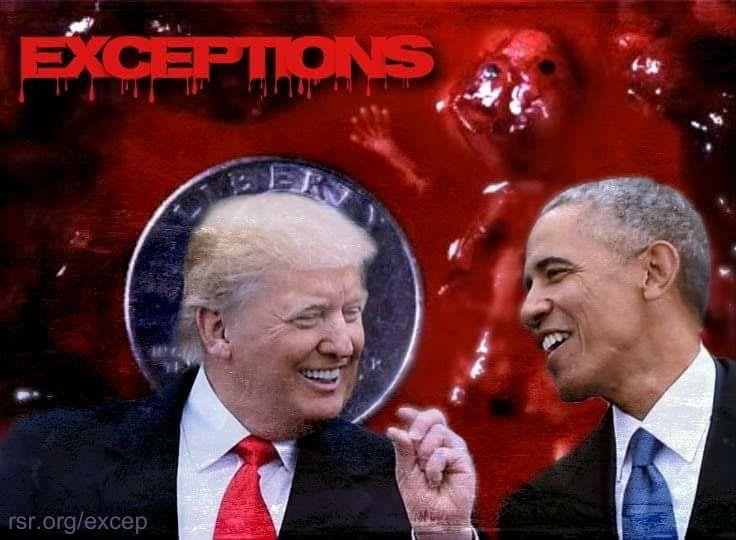 * Exceptions Calculator: Herman Cain says it is a "small number" of kids who would be killed in the four years of a Cain presidency by his own policy and approval of "exceptions" for rape and incest. To see an actual estimate, however, of how many children then Herman Cain would support killing, go to the ExceptionsCalculator.com. Then just enter his name, office sought, jurisdiction as "United States", term, and then click on the policies of rape and incest exceptions. And read. And weep.

Today’s Resource: In Focus on the Strategy, using audio and video clips of Christian leaders, Bob Enyart presents seven lines of evidence that our national ministries have endorsed legal positivism, elevating man's rules and the Constitution above God, and giving them precedence above eternal laws such as Thou shall not murder. This blockbuster DVD demonstrates that legal positivism (secular humanism in law) is eroding even the personal morality of Christian believers. The Family Research Council gave us an example of raw legal positivism when Gary Bauer defended Judge Samuel Alito for voting to uphold even Partial Birth Abortion, because it was "his job" as a judge. However, God cares about the souls of judges as much as others; and a judge who upholds the murder of the innocent is no less guilty before God than a criminal who kills his victim.