Matt Barber: Pedophiles Coming Out of the Closet 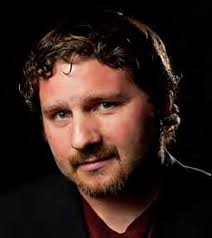 * Liberty Counsel's Barber Warns U.S. About New Pedophile Movement: Bob Enyart interviews long-time friend of BEL, Matt Barber, about the psychiatric conference in Baltimore he attended in August with Dr. Judith Reisman. Well-known academics including Dr. Fred Berlin from John Hopkins urged the American Psychiatric Association to remove pedophilia from among its list of disorders, and the conference generally advocated removing the stigma from pedophiles. In fact, Matt points out, the APA is already on the road toward normalizing those who lust after children since changing the pedophilia entry in their current Diagnostic and Statistical Manual of Mental Disorders to indicate that a person who molests children is only considered a pedophile if he is distressed by his own actions.

* Verse by Verse through Esther: In Bob Enyart's Bible Study of the book of Esther, we see that it was NOT God's plan for the king to wrongly divorce his wife, nor was it God's plan for him to commit fornication with hundreds of women, but rather, in the midst of the wickedness of man, God was able to work through those who trusted in Him to bring about a great victory! So you can enjoy Bob Enyart's Bible study on The Book of Esther! What wrong had Queen Vashti committed to justify her divorce? This study addresses the hard questions that arise when reading the fascinating book of Esther! God's enemies used the mighty King Ahasuerus almost as a pawn, and then he reversed himself and complied with the request of God's people. Did the LORD predestine these contradictory actions by the King? Did God cause hundreds of women to be sexually degraded, and did He put the Jews in great trouble just so that He could then be their hero and save them? Or were the ugly historic details of Esther the result of sinful men acting apart from God's will? Christians studying Esther can learn about how God prefers to influence the affairs of men and nations. See also Bob's seminar on Open Theism, and his study on Jonah and Nahum!