Cashill, Donald, a Ghost, and a Disaster

* Doug McBurney & Bob Enyart Interview Jack Cashill: Best-selling author Jack Cashill updates the guys on:
- Obama's terrorist ghost, i.e., the domestic terrorist Bill Ayers who Cashill has demonstrated actually wrote Dreams of My Father, who also just joked that he's the author
- Donald "The Birther" Trump is measurably increasing the percentage of Americans who doubt Obama was born in the U.S. [Update: Bob later acknowledged his error on Obama birth.]
- Jamie Gorelick, the mistress of disaster of Fannie-Mae-TWA-Flight-800-9/11-Wall-Memo-Gulf-Oil-Spill fame is now a candidate to be the next FBI chief. 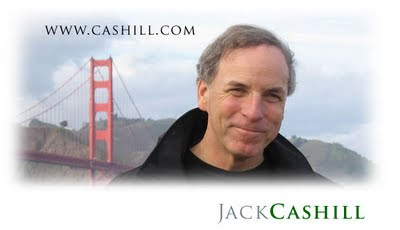