* Pro-aborts are Unhappy with Rachel Madow's Report on Tiller: Jo Scott reviews the CNN special on the killing of late-term abortionist George Tiller. Jill Stanek gives a rundown of pro-aborts who are disappointed in the presentation. Recent developments have pro-lifers getting their defense of unborn children out through the secular media in surprising ways, including the New York Times publishing photos of aborted children, NBC's radically pro-life episode on the Tiller killing (see excerpts below, courtesy of ARTL), and Troy Newman and Randall Terry on this CNN documentary.

* Ad Agency, Colorado Boy, and Viral YouTube Updates:
- Advertising agencies typically charge a 15% fee to place radio and television media buys. The owner of a Denver ad agency, who usually buys air time for car dealerships and wildly popular Denver businesses, told Amendment 62 that he's praying to end the killing of unborn children and that he did all the campaign's media buys for free (nearly 1,000 ads running throughout rural Colorado), without charging Colorado RTL or Personhood Colorado any fee whatsoever so that the hard-earned money donated by pro-lifers designated for media outreach will stretch as far as possible! Praise God for His faithful servants who are not in the fight to earn high salaries and comfortable retirements, but who are fighting to end the slaughter of innocent children so they can go on with their lives!
- By his own initiative, at Lego.com Dominic E. made the Yes62 artwork pictured here! Way to go Dominic!
- Amendment 62's Prolife Tea Party Vote video (see below) is about to hit 175,000 views on YouTube!

* Famous Actor on NBC's Original Law & Order Endorsed Amendmnet 62! Michael Moriarity wrote this week, "America's last chance: Amendment 62" including this: "On election day, Tea Party Coloradans, be sure to vote yes for Amendment 62!" And that "Colorado" must not fall "asleep on this effort to clean its own house." And, "Why or how could one state out of fifty become so crucially important? How could one man of 2,000 years ago, named Jesus of Nazareth, become the Lord over at least one billion Christians? I wish the following prayer were being heard in Colorado in the same way it was heard, as Rev. Joe Wright read it aloud to open a session of the Kansas Senate" to which Bob Enyart says, Mr. Moriarity, it's being heard here: 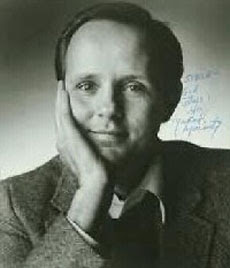 "Heavenly Father, we come before you today to ask
your forgiveness and to seek your direction and
guidance. We know Your Word says, 'Woe to those
who call evil good,' but that is exactly what we
have done...

We have exploited the poor and called it
the lottery.

We have rewarded laziness and called it
welfare.

We have killed our unborn and called it
choice.

We have shot abortionists and called it
justifiable. [linked added by KGOV]

We have neglected to discipline our
children and called it building self esteem....

We have polluted the air with profanity and
pornography and called it freedom of expression.

Search us, Oh, God, and know our hearts
today; cleanse us from every sin and set us free.
Amen!"

* American RTL's Article on NBC's First-Ever Pro-life Law & Order Episode: is excerpted here. (BEL urges against watching this immoral and soft-porn series, but this episode is pastor-approved and you can view it online.) See these excerpts and more in the AmericanRTL.org/LawAndOrder article:

From a Detective Kevin Bernard, played by Anthony Anderson: "You got it backwards, man. The horrible thing is the rape, not the bringing of a life into the world."

Assistant District Attorney (ADA) Connie Rubirosa says, "I grew up thinking Roe v. Wade was gospel. … But [now] I don't know where my privacy ends and another being's dignity begins."

Executive ADA Michael Cutter, played by Linus Roache, was quoting real-world surveys when he said, "The tide has turned. Most Americans are pro-life now."

Cutter virtually quoted the co-sponsor of Colorado's 2010 Personhood Amendment, Gualberto Garcia Jones, who launched the statewide ballot initiative holding his 10-day-old son at a press conference and saying, "Two weeks ago, my son had less rights than a dog or a cat." Speaking to District Attorney Jack McCoy, Cutter says, "My God, cats and dogs have more rights than the unborn."

Other items of note: a detective rejected abortion after rape; fetuses was referrered to as "persons;" and even the pro-choice mom who, against her doctor's advice, did not abort her premature baby and found out in the hours they had together that her child "wasn't a monster, like the doctors warned me."

In the past, the word for fetuses "L & O" would put into a pro-lifer's mouth would be babies, "save the babies." That's fine. But this time around there's a wider vocabulary, and a pro-life attorney on the show argues for the unborn, "in defense of other persons."

The two late-term abortionists in the episode are both depicted by the writers as fanatics, immoral and criminal, violating even permissive abortion laws. The deceased abortionist was even guilty of infanticide, killing a baby who had survived the abortion attempt by stabbing him in the back of the neck. No wonder the left is apoplectic about this episode, as Kate Harding at Salon.com said, that we all should be able to hear "that sound … It's my head exploding." For half a century, liberals dismissed concern about Hollywood's message. "It's just make-believe." Hardly.

The producers based a nurse character apparently on a composite of real-life women, including Brenda Pratt Shafer and Dr. Beverly McMillan, both former abortion providers, and pro-lifer Jill Stanek, R.N., who exposed abortionists at Chicagoland's Christ Hospital after she saw them leave for dead a baby who had survived an abortion. On the program, an abortion clinic worker told the police they "had one nurse quit … because of the threats" from pro-lifers. But the nurse herself corrected the record, saying she quit because the abortionist murdered a baby after it was born.

The show's writers also described the peaceful protest group, which they named Mission for Life, whose members held a vigilante until police arrived. "We're against violence. We encourage [the moms] to get sonograms so they can see their baby's face, their tiny fingernails. We change more minds with love than with threats." That sentiment reflects the entire personhood movement.

Another influence from the personhood movement occurs when a mom testified that doctors urged her to have an abortion. "I was in my sixth month. … My doctor … recommended I have a late-term abortion." In the show this mother did not have the abortion even though, "I knew my baby would die soon after her birth, but I wanted her death to be natural. I wanted her to die with dignity. … My beautiful daughter Amanda was born on May 5th. I never experienced such a sense of happiness when they put her in my arms. She had blue eyes, curly brown hair. She wasn't a monster, like the doctors warned me."

Later, "one of the nurses woke me; she said it might be Amanda's time. When they brought her to me, Amanda was struggling to breathe. She didn't cry, or seem like she was in pain. I looked in her eyes, and I sang to her. I felt like she was comforted by my presence, like she could feel my love for her. She slipped away. My daughter was alive for 21 hours. … My daughter spent most of her life, peacefully in my arms. My husband and I felt honored we shared her life, happy she died with dignity. We mourned her life. After everything we went through, we felt clean."

A major character in the series, ADA Connie, played by Alana De La Garza, says, "I grew up thinking Roe v. Wade was gospel, and that a woman's privacy was inviolate. But after hearing that woman on the stand talk about her baby dying in her arms, I don't know. I don't know where my privacy ends and another being's dignity begins." And when urged to just do her job, she says, "Unfortunately, I can't leave my soul in the umbrella stand when I come in."

Then Cutter is warned not to refer to a fetus as a "baby," and he replies, "An unborn child is a life and a soul, to me. I can revert to PC in the courtroom, because it's my job. But I'm not going to do it in my own office." He suggests that we can "substitute slavery for abortion." And then in closing arguments he says, "We're dealing with an issue here that goes to the very mystery of our existence. What is life? When does it begin? … Despite all our differences, we are joined in one belief – that every life is special and unique, and imbued with inalienable rights."

DA Jack McCoy, played by Sam Waterston, says, "My daughter was pro-choice until she saw a sonogram of her unborn child." And later, "I used to expect people to be consistent. … I used to expect that [liberal] champions of human rights would claim some for the unborn. I don't expect that anymore."

The ARTL article at WND ends with this: "Personhood is back, Jack. Expect a lot."

You'll love reading the full ARTL article on this episode at WorldNetDaily! It's stunning! And you'll be shocked to see TheGeorgeTillerMemorial.com.

* Colorado's Voter Guide:
- Yes on All Colorado Amendments
- No on all Judges (clear the bench)
- Against all Dems
- Yes for all ACP Constitution Party Candidates including Tancredo and Amanda Campbell for SoS
- and Against Ken Buck whose already broken every pro-life campaign promise he made (see AmericanRTL.org/kenbuck) including by now saying that he will confirm pro-choice judges.

Today’s Resource: Bob Enyart's life's work, The Plot, is based on this observation: Grasping the overview of the Bible is the KEY to its DETAILS! It's available in a soft-cover book titled The Plot, and in a downloadable pdf version. or both, and it's also available in an audio recording of Bob's Plot seminars! And have your kids or grandkids heard the The Plot Boys yet? In this audio series for young people, Bob and two young boys, Stephen and Josh, teach through an overview of the Bible. This teaching is presented in a way that kids (and adults) can really understand, so it's a valuable foundation for a serious understanding of the story of the Bible. Also, consider ordering the entire Enyart Library! This invaluable resource will benefit your entire family or church and help support the ministry of Bob Enyart Live.