From Crayons To Condoms

* BEL Indiana Seminars: Bob Enyart is coming to Indiana, Goshen in the evening of Jan. 29th and Indianapolis on Saturday January 31st, to present a brand new BEL Seminar titled Hermeneutics: Tools for Studying the Bible. Learn how to use tools of interpretation as you study the Bible. And as importantly, Bob will discuss the principles involved for prioritizing these hermeneutics and how to decide which tool to use in which instance. You'll love it! Click for more info and to register please call 1-800-8Enyart!

Today's Resource: Watch Terry's Call on DVD as Bob quickly unravels homosexual Terry's red herring claim, that homosexuals are living godly lives. In a series of heart touching phone calls, Terry is led to the Lord and repentance, shortly before his death from AIDS. (And notice the meaning of all the graphic elements in the artwork on the label of the DVD!) 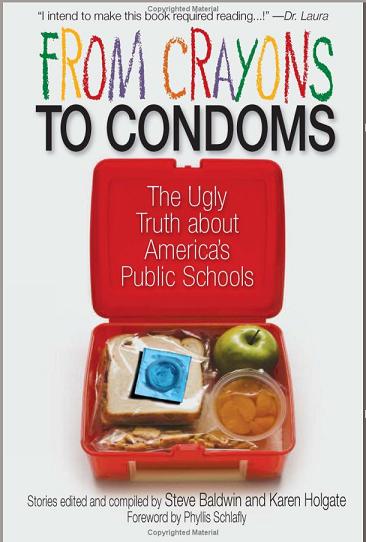