* 2012 Singapore AGU Conference Update: Listen to the Real Science Radio interview with a member of the international scientific team that presented at an AGU geophysical conference in Singapore the results, from five respected laboratories around the world, of the Carbon 14 radiometric dating of the bones from ten dinosaurs (excavated from China, Europe, Alaska, Texas, etc.). Carbon 14 lasts only thousands of years, not millions, yet each of these dinosaurs (as RSR expected) had plenty of radiocarbon. With the scientific breakthroughs and discoveries coming in daily, this is a great time to be alive!

* Finding C-14 EVERYWHERE: Bob Enyart and Creation Research Society webmaster Fred Williams (of EvolutionFairyTale.com) discuss the current issue of CRSQ, a technical creation/evolution journal. Anything millions of years old should have NO Carbon-14. However, scientists are consistently finding C-14 in coal, oil, limestone, fossil wood, graphite, natural gas, marble, dinosaur fossils, and even in supposedly billion-year-old diamonds! A secondary assumption by old-earth scientists proposes that the C-14 in diamonds (coal, etc.) must have come from C-13 and neutron capture. Theoretical physicist Lawrence Krauss (emphasis on the theoretical) told RSR that 14C in allegedly million-year-old specimens is an "anomaly." However, an anomaly is something that deviates from what is standard, normal, or expected. Because modern carbon exists in significant quantities, far above the reliability threshold of the AMS labs doing the tests, these results can no longer be called anomalies! It is now expected that organic specimens supposedly millions of years old will yield maximum C-14 ages of only thousands of years!!

* UPDATE: As reported on our RSR: List of Not So Old Things, Carbon-14 is found everywhere it's not supposed to be! C-14 decays in only thousands of years and therefore cannot last for millions. Thus evolutionists did not expect to find radiocarbon EVERYWHERE it shouldn't be if the earth were old (Answers 2011). Carbon-14 is found in petrified wood, coal, oil, limestone, graphite, natural gas, marble, deep ground water, dinosaur fossils, and even in supposedly billion-year-old diamonds! A secondary assumption by old-earth scientists proposes that the C-14 in diamonds (coal, etc.) must have come from C-13 and neutron capture. 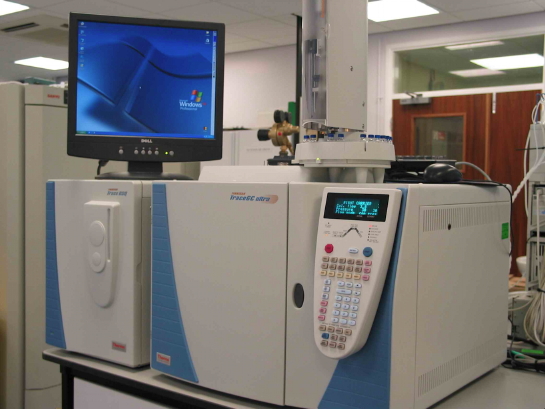 * Problems with the Neutron Capture Explanation: However, first, radio activity is concentrated in continental rock (see RSR Prediction below), and secondly, relatively speaking, radioactivity is relatively scare even in the continental crust, at least as documented by this U.S.G.S. report for enormous swaths of land. Thirdly, a geologist with a degree from Colorado's School of Mines who has a background in nuclear physics (who also spent years bombarding various elements with neutrons to make isotopes for industry), explained to RSR that Carbon does not easily absorb neutrons because it is the heavier elements beginning with Sodium that readily capture neutrons. Further, while it is possible but extremely unlikely that a Carbon atom will capture a free neutron, industrial processes use Carbon to slow down neutrons, whereas they use heavier elements, typically starting with Silicon, which is almost double the atomic weight of Carbon, for neutron capture. Consider also, as Dr. Paul Giem writes, that "since nitrogen-14 captures neutrons 110,000 times more easily than does carbon-13," samples with even tiny amounts of nitrogen would dramatically increase carbon dates, such that, "If neutron capture is a significant source of carbon-14 in a given sample, radiocarbon dates should vary wildly with the nitrogen content of the sample." Giem adds, "I know of no such data." And recognizing that U.S.G.S report of scarce crustal radioactivity for coal, basalt, shales, granite, fly ash, etc., Dr. Jonathan Sarfati builds upon Dr. Giem's research arguing that neutron capture could account for less than one 10,000th of the C-14 in diamonds (see these peer-reviewed calculations). Therefore, there would have to be thousands of times more uranium, thorium, etc. throughout the earth's crust everywhere that these globally dispersed materials are found.

* RSR Proposed Neutron Capture Falsification Study: Published on Aug. 25, 2012. Because 90% of Earth's radioactivity is concentrated in 1/3rd of 1% of it's mass (within the continental crust), if neutron capture were responsible for much of the unexpected 14C, then generally, such specimens collected from the ocean should have virtually no 14C (i.e., 90-plus percent less than what is already very small quantities of Carbon 14). Further, more work should be done with carbon specimens excavated from uranium mines, with specific attention paid to specimens similar (in type and estimated date) to those gathered far from uranimum mines, to further refine this type of, so to speak, control group. And finally, while diamonds, the hardest naturally occuring substance in the world are naturally resistant to contamination (making their radiocarbon content all the more compelling), RSR calls for Carbon 14 dating also of allegedly 100 million-year-old amber, the condition of which might make it apparent whether it has been contaminated.

* Continental vs. Marine 13C Neutron Capture Prediction: RSR predicts that a comparison of marine specimens and continental specimens will not show significantly different percentages of 14C for materials of similar age. Note: RSR plans to post this prediction in the show summary for our RSR interview with theoretical physicist (emphasis on the theoretical) Lawrence Krauss.

* 14C in Dinosaur Bones: RSR offered famed paleontologists Jack Horner and Dr. Mary Schweitzer a grant of $23,000 to carbon date their biological dinosaur tissue, which money RSR saved thanks to the peer-reviewed papers that are now carbon dating and finding plenty of modern carbon is soft-tissue dinosaur fossils! For example, a Mosasaur shown by researchers to have original biological material and not  contamination, also contained five percent modern carbon! Further, in 2012, 14C in ten dinosaurs from around the world was reported in Singapore at the AGU geophysical conference. See more at Round Four of our RSR debate with atheist AronRa. C-14 in specimens supposedly millions or a billion years old is so ubiquitous that it is longer an anomaly. We have a young earth!

Today's Resources: Enjoy the BEL Science Pack and get a free subscription to Creation Research Society Quarterly! With the Science Pack you can watch tremendous documentaries, listen to Bob's Genesis Creation study album, read the best book on creation/evolution ever written, and hear a debate on the Age of the Earth! And then enjoy the extraordinary articles in CRSQ!