Water on Mars; France on Drugs 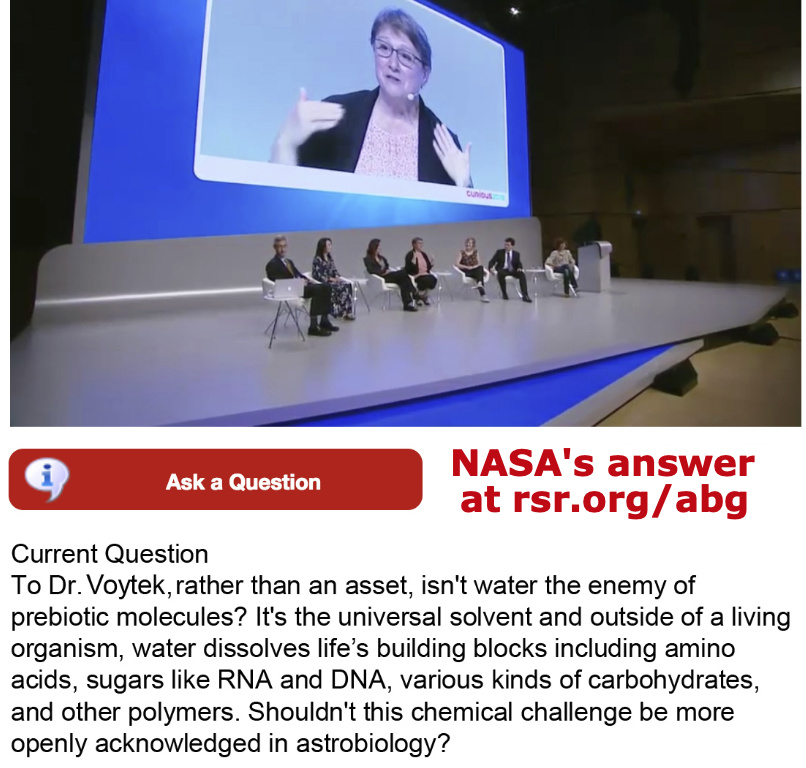 Correction: Talking about meteorites said to come from Mars, today Bob wrongly indicated that meteorites are not said to have come from the Moon.

* Water on Mars: segment begins at 32:45 into today's program. From rsr.org/abiogenesis:

* Water the Enemy of Abiogenesis: Beware the ubiquitous bait-and-switch. Wherever water is found, NASA claims that would be a good place to search for evidence that life may have originated there. Yes, water is needed to maintain life, But as the universal solvent, outside of the controlled environment of a living organism, water relentlessly dissolves the chemical building blocks of life like amino acids and polymers. Thus NASA, the BBC, ESA, Nova, and entertainers like Bill Nye, ubiquitously use this bait-and-switch by manipulating their audiences, exploiting both their gullibility and water's known role in sustaining life to pretend that it is an unquestioned asset for abiogenesis, to form life from the very inanimate chemicals that it would disassemble. Water helps maintain life but it ruthlessly undoes prebiotic molecules.