[For the most comprehensive collection of ark research and, in Bob Enyart's opinion, the best and most informed update on the search for the ark, see his associate Rex Geissler's site, noahsarksearch.com. For the easiest to use list of creation arguments see rsr.org/lists. To search the major creation websites simultaneously, try out RSR's Multiple Creation Site Search. And for a powerful index into global flood resources see rsr.org/hpt.]

* Dr. Patton's Own Work on Ararat Coming to a Climax: Lord willing, in 2013 Dr. Patton will again climb Mt. Ararat to 16,600 feet along with an extraordinary team of scientists. They will excavate in deeper through the remaining feet of ice at the most-often cited location for the remnants of Noah's Ark. This follows their last couple years of expeditions during which one of the world's leading experts in ground-penetrating radar surveyed their target area with the latest technology and corroborated recent satellite telemetry and a claimed 1943 sighting by U.S. Army Corps of Engineers Ed Davis, (see drawings, etc.). Please pray for Dr. Patton's efforts and that he will have continued favor with the Turkish scientific and archaeological community, the Kurds at the base of Ararat, and the government of Turkey 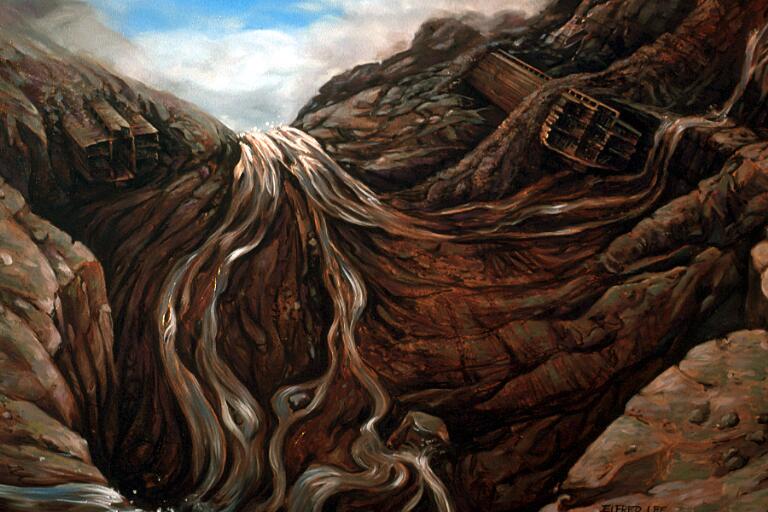 * Dr. Patton Helped Excavate the Pool of Siloam: A geologist and archaeological excavator, Dr. Patton has worked professionally in more than a dozen countries and has excavated the longest set of dinosaur track in the Americas. And he was an area coordinator for the important excavation of the Pool of Siloam in Jerusalem (which discovery tied into a major debate that Bob Enyart was involved in at the time).

* RSR Don Patton Interviews:
- 2013 update on the search for Noah's Ark (this show)
- Bob asks Don about the interesting details regarding his exposé of the intentional fraud of the 2010 "ark discovery"
- Bob asks Don about his excavation of hundreds of footprints including a 500-foot long dinosaur trackway
- Bob reports on Don's retraction of his limestone criticism of Dr. Walt Brown's Hydroplate Theory.

The discovery of Noah's Ark would be the greatest archaeological find in human history, the greatest event since the resurrection of Christ, and it would alter all the currents of scientific thought. -Attributed to G. Grosvenor, Nat'l Geographic editor

If you can help research this quote, to discredit or corroborate it, RSR would be grateful. To start with:
1875 - 1966: Gilbert Grosvenor, son-in-law of Alexander Graham Bell, led the Nat'l Geographic Society from 1899 and was their first full-time editor of their magazine from 1903 to 1954. His son Melville Bell Grosvenor is sometimes credited with the same quote.
2004: An article (no longer online and not publicly archived) by a Marvin Cooley writes that Grosvenor stated something like this to ark explorer Don Shockey. (Shockey graduated with a degree in anthropology in 1957 from the University of New Mexico and was an acquaintance of both Dr. Patton and Ed Davis.)
1999: An article (available via this 2008 archived copy) at the Ark Research Project by Matthew Kneisler cites this quote as follows, "From Gilbert Grosvenor, former editor of the National Geographic Society, 'The discovery of the Ark would be the greatest archaeological discovery of mankind.'"
1976: It has been wrongly reported that Tim LaHaye and Henry Morris in their 1976 book Ark on Ararat cite this quote. They did not. Instead, they quote without attribution, pp. 3-4, "Potential finding of the Ark has been billed as the 'greatest archaeological find of all time, more worthy than the walk on the moon'".
2018: Unless further information emerges, Bob Enyart suggests creationists not use this quote unless they qualify it as being unsubstantiated.

* Don Patton and Donald W. Patten: These are two different creation scientists. The RSR friend is Don Patton. The other creationist who passed away in 2014 according to his obituary published in the Seattle Times, was born in Conrad, Montana, and had earned a B.A. degree in geography from the University of Washington (1952) and an M.A. from the same institution in 1962. He authored The Biblical Flood and the Ice Epoch (1966), The Long Day of Joshua (1973), and Catastrophism and the Old Testament (1988). With Sam Windsor he co-authored The Recent Organization of the Solar System (1995) and The Last of the Mars-Earth Wars (1997). In addition, Windsor and Patten have written over ten published essays on Earth history. Here at Real Science Radio we recommend Dr. Walt Brown's Hydroplate Theory model as a better and more well supported framework for understanding the catastrophic events of the Old Testament. If you're interested, see rsr.org/hpt and also rsr.org/solar-system.

* Post-show Note on the Cradle of Agriculture: The world's crops originated near Mt. Ararat. As quoted by Dr. Walt Brown from the February 2004 issue of the journal Science, "The wild ancestors of the seven ‘founder crops’ harvested by the world’s first farmers have all been traced to the region of southeastern Turkey..." See a similar argument in 1989 in Scientific American, and The Cradle of Agriculture in Science in 2000.

* Possible Design of the Ark: The King James translators used the 1602 Bishops' Bible as the basis for their work. (Oxford gave RSR access to that national treasure, a copy of the 1602 that the 1611 translators filled with their handwritten notes of how to turn that earlier translation into the KJV.) This 16th century drawing of the Ark was published in the 1568 Bishops' Bible... 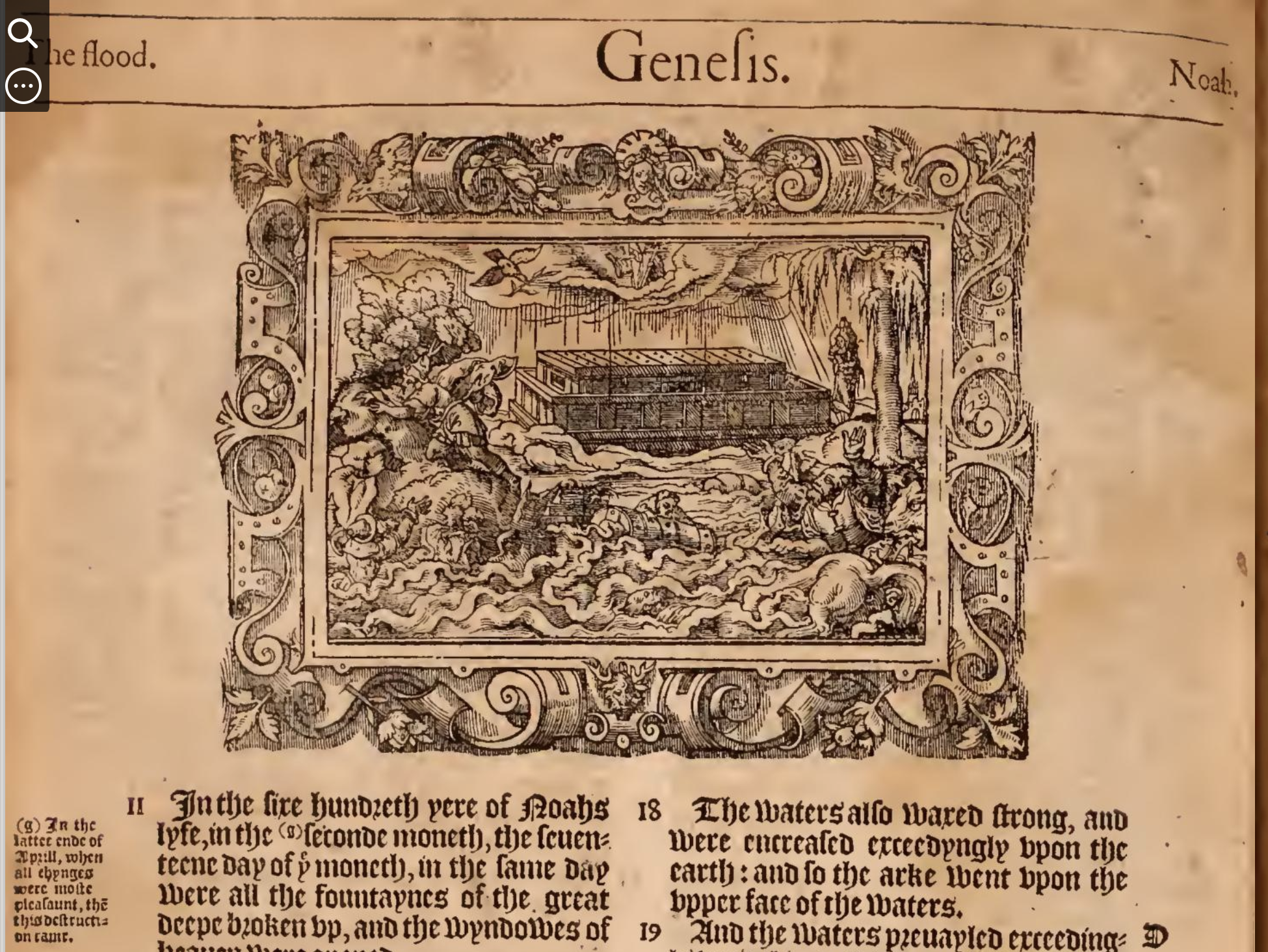 Today’s Resource: Get a science DVD, book, or written, audio or video debate from us and this will help BEL continue to reach people with our Real Science Radio broadcasts! Have you browsed through our Science Department in the KGOV Store? Check out the DVD What You Aren't Being Told About Astronomy and Walt Brown’s great hardcover book In the Beginning! You’ll also love Bob Enyart’s Age of the Earth Debate and the superb kids' radio programming, Jonathan Park: The Adventure Begins!

* In Colorado? Come On Out This Evening: Don Patton will speak to us in person this evening at the May meeting of the Rocky Mountain Creation Fellowship at Wadsworth and 21st Ave at 7 p.m. Bob Enyart, Doug McBurney, and other BEL crew members invite you to come on out and meet us! 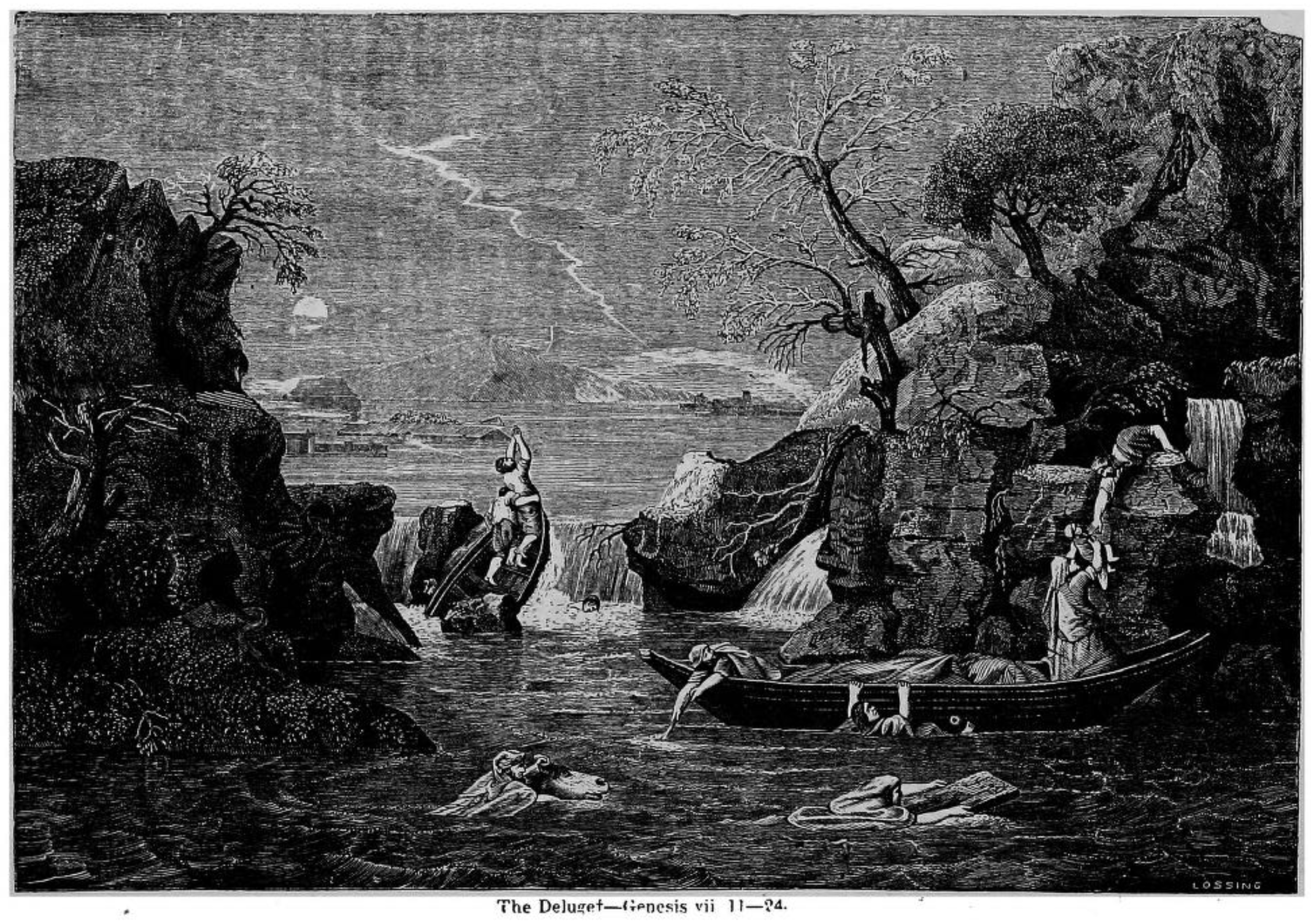