The Texas Law Had NO Rape Exception: Correction to Wikipedia, BEL, et al:

Bob Enyart incorrectly stated, repeating a widespread confusion, that the Texas statutes struck down by Roe v. Wade included a rape exception. That is false. (See the Roe opinion itself quoting the statutes in Footnote 1.) The error appears at this popular Supreme Court website:

And today also, though more ambiguously, in Wikipedia's Roe article (which Enyart edited to correct on 5/16/19):

Yet the same Justia website from above, in the text of the ruling itself, has it correct (so the confusion is widespread): 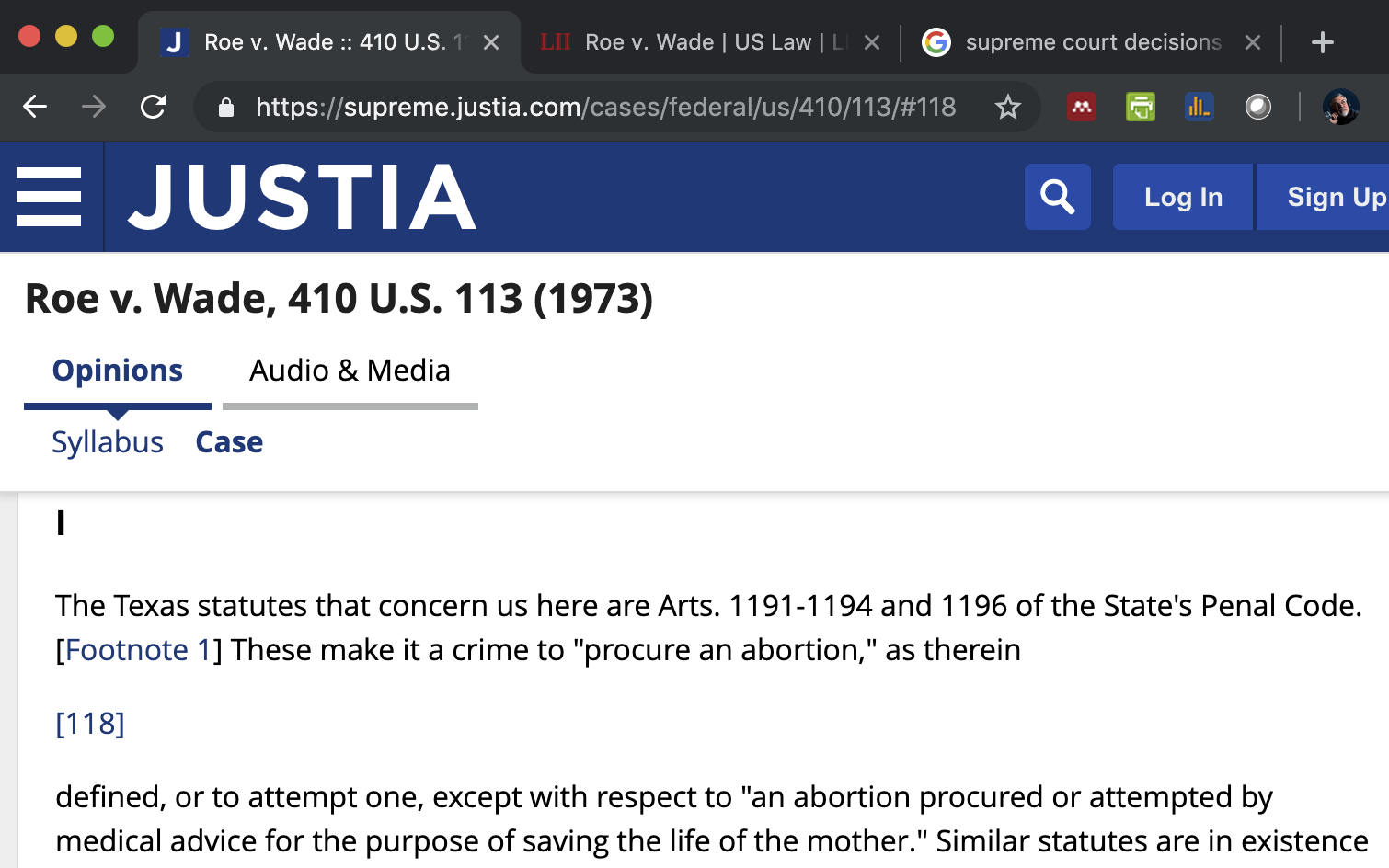 BEL thanks Oregon listener Drew Hymer for the correction to today's program and for the above links.

Bob Enyart reads from HB 314, the Alabama Human Life Protection Act, the good (very good), the bad (very bad), and the rest (somewhat ugly). For those abolitionists and personhood advocates (whose side Bob's on) who insist that we incorporate punishment into any of our abolition legislation, Bob references the brief Bible study over at AmericanRTL.org/Esther and the 13th Amendment to the U.S. Constitution which abolished slavery. And if you want to be smarter than the next one hundred people you see, read AmericanRTL.org/rape and AmericanRTL.org/life.

Unfortunately, conservative radio host Steve Deace supports HB 314. Steve has been known for his no-compromise commitment to ending abortion, so hopefully someday he willl retract this support. Until then, this has downgraded him to Tier 2 over at Prolife Profiles.