Against Democracy: The Biblical Argument

2018 Update: Cheer up! A November 2018 AXIOS headline says that Only Half of Americans have Faith in Democracy! Hey, we're gettin' there!

2020 Update: Cheer up more! A January 2020 CNBC headline says that Global dissatisfaction with democracy has reached a record high! Cambridge researchers analyzed surveys of four million people from 154 countries between 1995 and 2020. 57.5% said they were dissatisfied with democracy, with 2019 marking "the highest level of democratic discontent" known. The U.S. has seen a "dramatic and unexpected" decline in satisfaction with their system of government from more than 75% approving in 1995 to less than half in 2019, the first time that a majority of Americans were dissatisfied with democracy. Go Bob!

Political Argument Against Democracy: See below.

Biblical Argument Against Democracy: With democracy itself threatening the eventual destruction of the State of Israel, Bob Enyart presents biblical arguments against the so-called right to vote. Hear that by clicking Play above or check out this list... 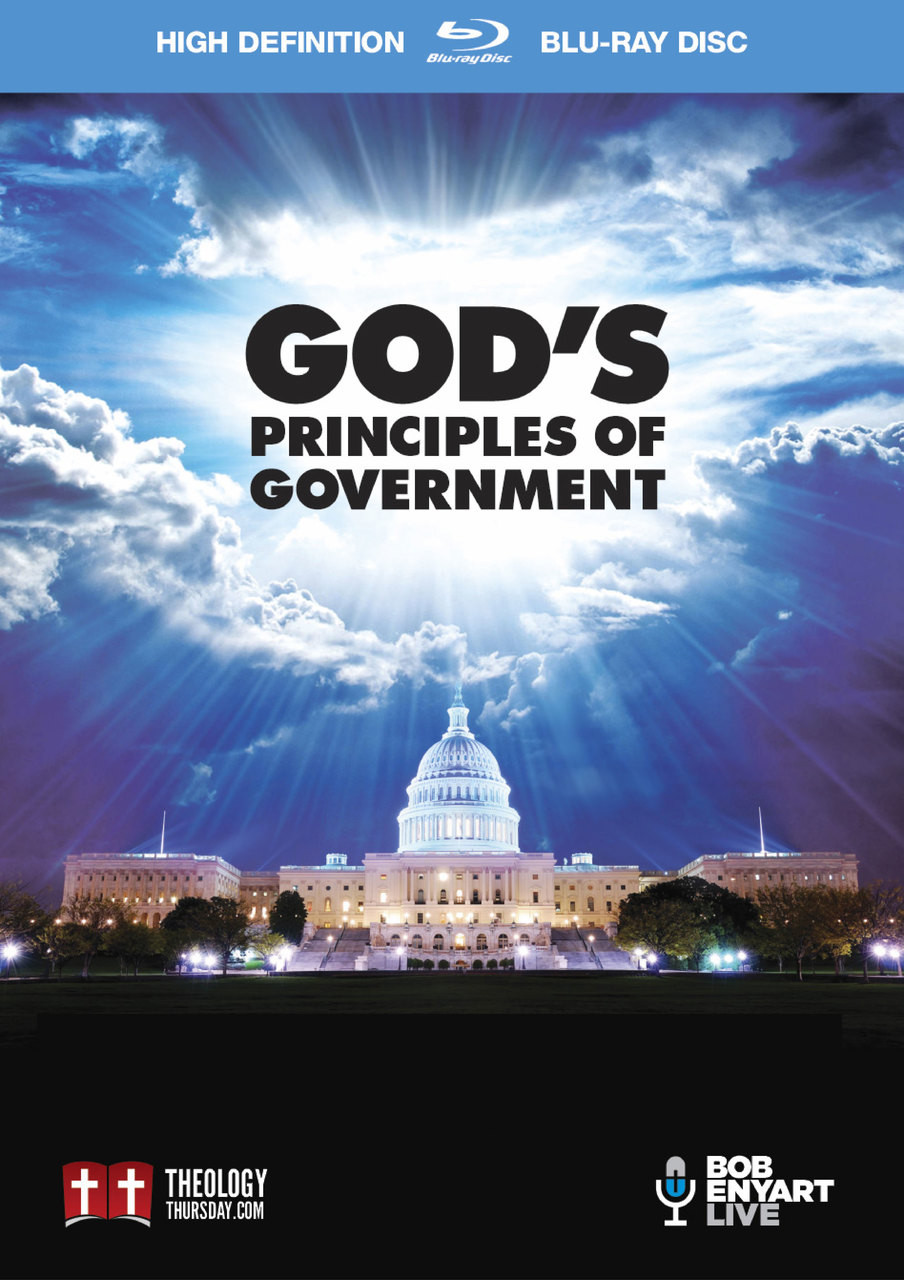 - The majority is evil Mat. 7.
- "...wide is the gate and broad is the way that leads to destruction, and... many... go in by it."  Mat. 7:13
- "...narrow is the gate and difficult is the way which leads to life, and there are few who find it."  Mat.7:14
- Since the majority is evil, majority rule is guaranteed, over time, to be evil.
- So majority rule, on average, hastens government's descent into wickedness.
- Since the majority is evil, once a democratic government becomes evil, virtually nothing can restore it.
- While individuals often repent and turn toward God, the masses rarely do, especially not of their own leading.
- Christians, etc., are moved to prefer over God's standards the moral standards defined by their own candidate.
- As in the modern vernacular, the Bible calls governing officials "authorities." Rom. 13 Titus 3 Luke 12 Acts 16
- Government authority does not imply majority rule, but rule over the majority. Rom. 13
- Democracy promotes arrogance, suggesting to people that the governing leaders should obey them.
- Democracy: people obey the gov't, which obeys the people, who obey the gov't, which obey the people, etc.
- Circular authority suffers from the same weakness as circular reasoning: both lack a valid foundation.
- Democracy promotes arrogance suggesting to people that they should be able to lord it over their neighbors.
- As it has been said, Better to live under one tyrant 3,000 miles away, than 3,000 tyrants one mile away.
- True authority, like water, flows downhill not up, not from the people to rulers but from rulers down. Num. 27
- Authority flows from God, through government, to men and passes through parents to reach children.
- "Let every soul be subject to the governing authorities..."
- For there is no authority except from God, and the authorities that exist are appointed by God.
- "Governing authorities" are from God and each official should act as "God's minister" Rom. 13.
- God has appointed all authority structures¾of parents, ministers, and governing officials.
-  v. 2 Therefore whoever resists the authority resists the ordinance of God, and... will bring judgment on themselves.
-  v. 3 For rulers are not a terror to good works, but to evil. Do you want to be unafraid of the authority? Do what is good.
- God never established governance by committee, but governance by individuals.
- The desire to rule over others (Mat. 20, Mark 10) lurks among the vulgar lusts (Mat. 20; Mark 9; 10).
- Democracy exalts the vice of brazen self-promotion to the center of public life.
- In denial of Scripture, leftists believe men are basically good and so support rule by the people.
- Leftists inflate individual authority to release men from the restraint of government, church, and family.
- Man's inherent sinfulness indicates that democracy will systematically worsen government.
- Unlike majorities, even wicked individuals, i.e. Pilate, may decide justly, for their own reputation's sake.
- Voting negatives: Num. 27  & Reps. of the people, Numbers, Rebellion of Korah...
- Elections "by smooth words and [with] flattering speech deceive the hearts of the simple." Rom. 16
- Alcuin's Letter to Charlemagne 800 AD foolishly states "the voice of the people is the voice of God."
- President Millard Fillmore rightly said, "May God save the country, for it is obvious the people will not."
- The forces of Hell love democracy, including Hillary, Homosexuals, Humanists, and Hollywood.
- Because the majority is evil Mat. 7, democracy, that is, majority rule is inherently an evil government system.
- In a monarchy the king is likely to be corrupt, but he does not legalize his behavior.
- In a democracy everyone is made king, and laws are changed to permit wicked behavior.
- Since the majority is evil Mat. 7, democracy, that is, majority rule is inherently an evil government system.
- Democracy corrupts a nation's moral foundation, and most terribly, the moral foundation of the Church, for the same reason: because leaders, including Christian leaders, become apologists for their politician, their leader, their party.
In addition to the above biblical arguments, there are also political arguments (see below) against democracy (and against representative republics) which BEL presented on Election Day in 2018.

- Government should protect minorities from the majority.
- Thus government should protect minorities from majority rule, not impose it upon them.
-  More likely the majority will exploit a minority, than a minority misuse the majority.
- Democracy empowers the majority to abuse any minority: the rich, white males, Christians, etc.
- Democracy is mob rule, slightly slowed. 51% has no inherent right to compel the 49%.
- Democracies use the words “politics” and “politician” as pejoratives.
- The larger the committee the more unreliable its performance, thus democracy leads poorly.
- The masses hear only sound bites; via democracy, this aids disingenuous, flattering politicians.
- Would you let your precinct decide your medical treatment? Then should they decide the nation’s future?
- Monetary, criminal, and foreign policies are too important to be directed by amateurs applying clichés. 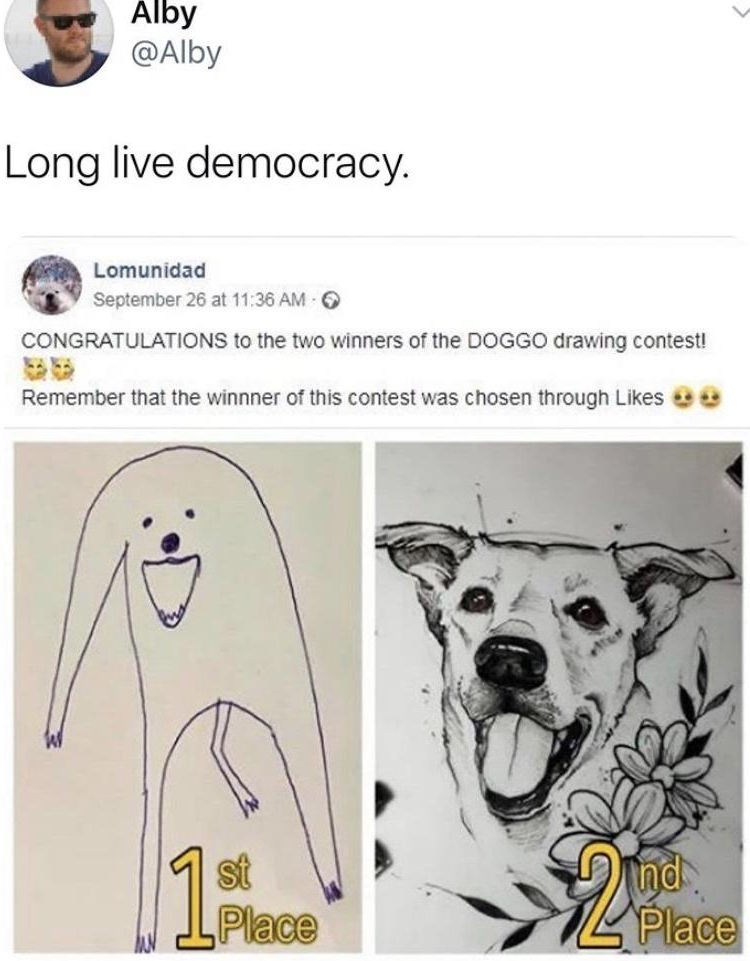 - Morally, the majority sinks to the level permitted by government.
- If the majority is the government, nothing can stop a nation’s decline.
- Authority flows downhill, not uphill, so democracy is unnatural and promotes rebellion and egocentrism.
- Children do not vote to give their parents authority over them. Neither should citizens their leaders.
- Elections waste fortunes: from lost productivity, campaign expenses, and legal bribery.
- Last century, democracy empowered the NAZIs and democratic socialists slaughtered tens of millions.
- In war, leaders emboldened by popular vote sacrifice lives unnecessarily, carrying out majority will.
- Elected officials gain "favor with the people by giving them other men’s property." –Cicero 106‐43 BC
- "Democracy is more cruel than wars or tyrants." –Seneca
- The detestable desire to lord it over one’s neighbor incites the worst of men to campaign for office.
- Democracy, a leftwing idea loved by modern liberals, appeals to those obsessed with control.
- The bigger the committee, the fewer those who control it. Democracy is a façade.

· Democracy enables a few to manipulate the many, and easily conceals the true rulers.

· Democracy, the most divisive form of government, sets neighbor against neighbor.

· Better living under one tyrant than a million, though counting yourself among them.

· History teaches, through man’s inhumanity toward man, that men are not basically good but inherently evil.

· Via democracy, the morality of the Average Man pulls government downward.

· One bet against the gaming house might win; likewise, one leader may be benevolent, but not millions.

· As wagers multiply, the chance of loss increases; so do many voters increase the likelihood for evil.

· The majority is not good, as liberals contend, but evil, and steers a nation in its wicked way.

Today's Resource: Have you seen the Government Department at our KGOV Store? You just may love our classic seminar, God's Criminal Justice System, and these powerful DVDs: God and the Death Penalty, Live from Las Vegas, and Bob on Drugs, and then there is the groundbreaking  Focus on the Strategy trilogy! And also, at this anniversary of the JonBenet murder, you may want to review "The Clue that Breaks the Case" at kgov.com/ramseys.

* Post-show Note from a Listener: Because majority vote is an acceptable way to make various insignificant decisions, like a group of friends voting on which restaurant to visit, many may wrongly extrapolate to assume that political democracy is valid. Trivial examples, like selecting a restaurant, could abound because it is in such matters that pleasing the majority may be appropriate. So even though matters of morality, like economics, foreign policy, and human sexuality, never turn on the opinion of the majority, still, the reasonableness of a vote in some everyday matters may anesthetize our better senses regarding more crucial matters.

* Democracy and the Jewish Nature of the Israeli State: See our shared online spreadsheet, Israel's Jewish & Arab population percentages, updated through January 1, 2020. Speaking with Israel's minister of tourism in the 1990s at a National Religious Broadcasters convention, Bob Enyart discussed the conflict between Israel's democratic principles with its identity as a Jewish state. Fast forward to 2014 and the NY Times report, Israel Struggles With Its Identity, and to 2020 with the latest population figures, showing that Israel's percentage of Jewish citizens has dropped from 86.4% to 74% as its percent of Arab population has increased from 13.6% to 21%. (And see also, by the way, that Israel was the first nation in the Middle East to give Arab women the right to vote.) 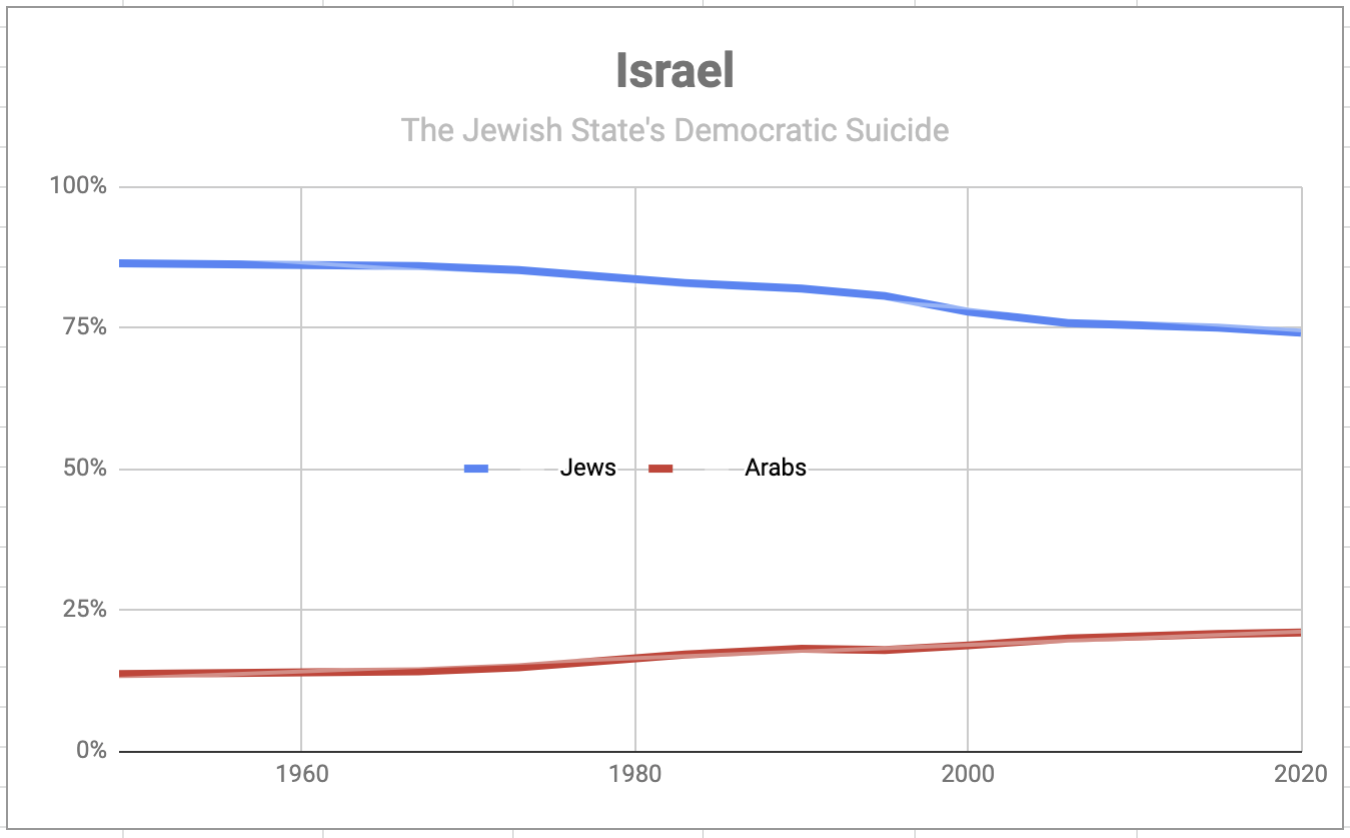 We don't enjoy quoting the godless unless to correct them, but even a broken clock is right twice a day. So, John Kerry was right when he said, "Israel can either be Jewish or democratic. It cannot be both."