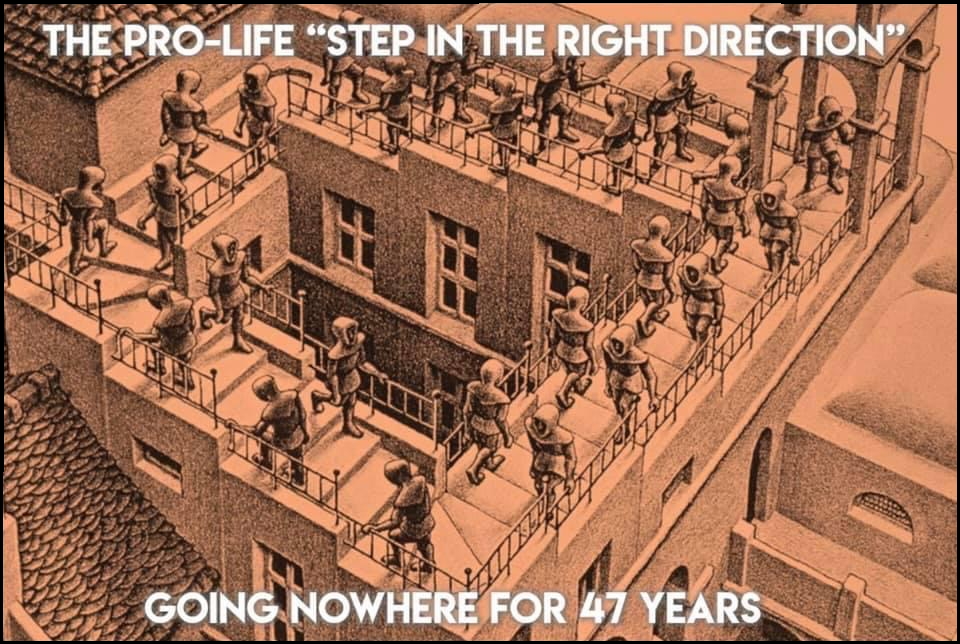 * Jason Troyer: and Bob describe the standing-room only Colorado Right To Life event at the old Supreme Court chambers in the Capitol for Forty Years in the Wilderness. The event was a failure, in that by the following day, abortionists are still killing kids. But as far as inspiring people to fight to stop the murder of the unborn, the event was a great success. There was broad agreement between the speakers and honored guests, including Ambassador Alan Keyes, Operation Save America director Flip Benham, American Life League president Judie Brown, talk show host Bob Enyart, and the CRTL board and president Brian Rohrbough, that last week's supreme court ruling upholding the partial-birth abortion ban was a horrific evil. Further, even one of the founding board members of CRTL, National Right to Life, and Americans United for Life, John Archibald, agreed that the pro-life movement's strategy of regulating child killing with laws that end with, "and then you can kill the baby," has backfired, because it was morally wrong and strategically foolish. Archibald stated he had resigned from the boards of NTRL and AUL for exactly this reason, and the upcoming DVD, Focus on the Strategy II, will include video of his historically significant comments and agreement.

Today's TWO Resources: Check out our KGOV store! There, (1) You can listen to Nicer than God, a fast-paced critique of today's Christian teaching on the issues of forgiveness, judging, confrontation, etc. in MP3-CD format. Or (2), you can get a subscription to our Monthly Bible Study Album, and receive an MP3-CD mailed to your home once per month. Nicer than God would then be just one of the many worthwhile albums you will enjoy!