"If the people can do it the sheep can do it", Temple Grandin in Patterns 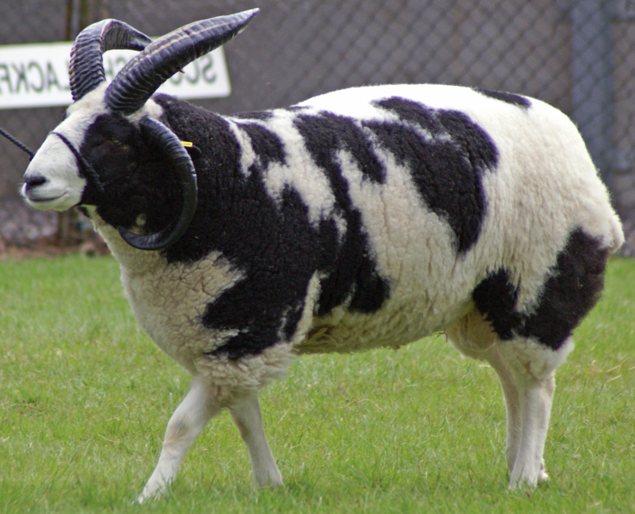 * This RSR Edition Recorded the Day After the Film: Bob Enyart and Fred Williams review Tim Mahoney's third installment in his Patterns of Evidence series, The Red Sea Miracle. The guys begin with audience favorite, CSU professor autism spokesperson and author of 60 peer-reviewed scientific papers on animal behavior Temple Grandin, who answers Mahoney's question about whether sheep could travel twenty miles a day for days on end. "If the people can do it the sheep can do it" she answered bluntly. Thus this woman, named by Time magazine as one of the hundred most influential people in the world, swiped away in a simple sentence a century of objection to the "Hebrew approach" on crossing the desert to the sea. That was one of various objections, both scholarly (like the location of yam suph) and colloquial (like sandals would wear out), addressed by the film's evaluation of the "Egyptian approach" of a nearby, smaller, and less miraculous crossing as compared to what Mahoney calls a "Hebrew approach" to a far greater and more miraculous Red Sea Crossing.

* On Yam Suph / The Red Sea: Watching Tim Mahoney's Red Sea Miracle prompted the following idea. Scholars in the film state what has long been known, that the Hebrew yam means sea, but that suph does not mean red, but rather, reeds. Consider this question first, are the words Abimelech, Xerxes, and Artaxerxes the names of individuals or are they titles? Likewise, what if yam suph was not the pre-existing name of a specific body of water but rather referred to a watery saving? Second, dramatic events can generate new figures of speech. The creation week led to the number seven meaning completion and likewise the flood's days of rain led to forty meaning a fully sufficient amount of time. Might it be that, after Moses' being saved through the Nile's waters when his mother hid him in the suph, that is, in the reeds (twice stated in Exodus 2), an idiomatic expression arose regard a saving involving water which became a suph saving?

As the antithesis, Isaiah 49 provides the final reference stating that Egypt's "waters will fail from the sea and the river will be wasted... reeds and suph will wither" (Isa. 49:6) so that whereas God's people are saved, like Moses was, in the suph, those arrayed against God can expect no watery suph saving. How might this relate to study of the Exodus route? First, if true, there would be no need to search for a body of water previously identified as yam suph. When Israel was saved through the sea, it became the suph sea. Second, and again, if the above observations are valid, a lack of reeds would not mitigate against the "Hebrew approach", as Tim Mahoney calls it, to locating the Red Sea miracle at the Gulf of Aqaba.

Tonight in theaters! But first, Tim Mahoney's here on RSR

Patterns Tomorrow in Theaters: Why We Need You There!

Mutiny in the RSR Studio

Savior, Anti-Christ or... Neither?

The Lesser of Three Evils