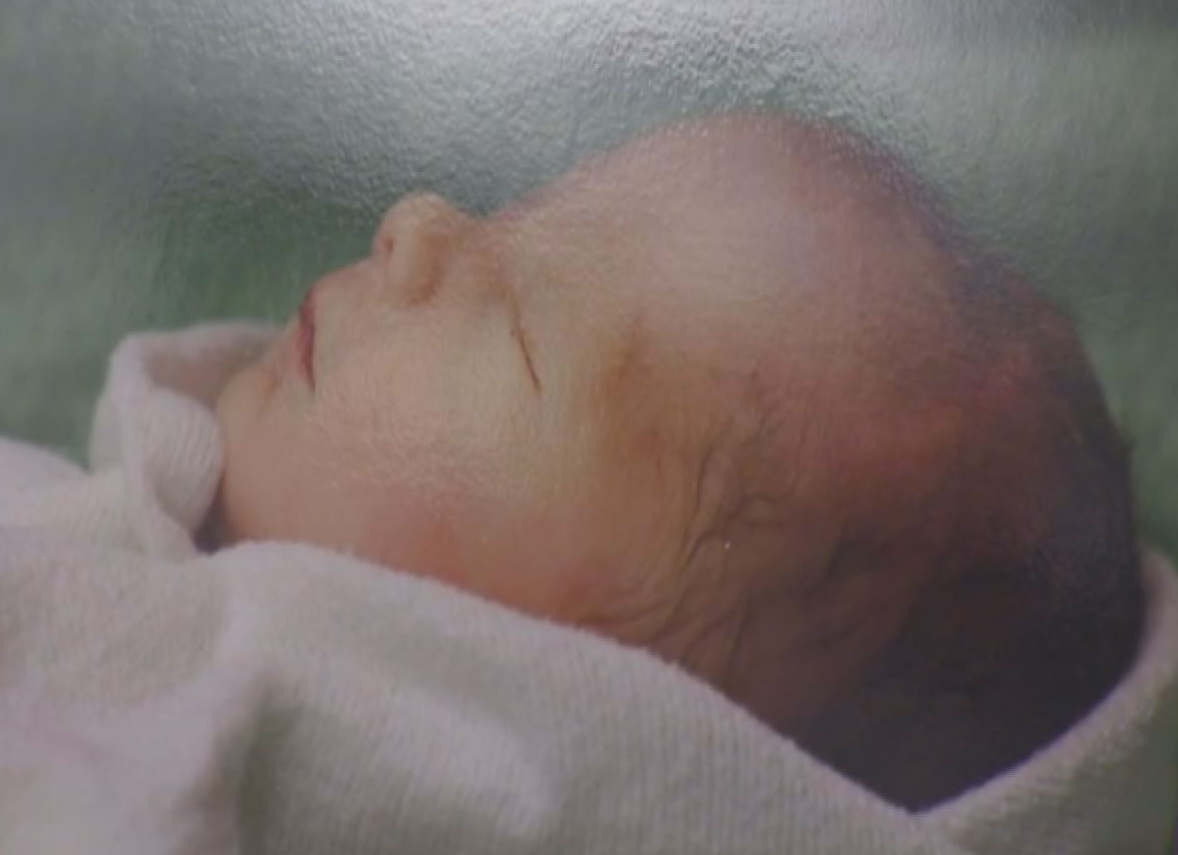 * The Girl Who Was Not a Person: Yesterday, Denver's NBC news affiliate misreported that Dynel Lane's younger victim "baby Aurora [was found] dead in the bathtub." Defending her reporting, Anastasiya Bolton confused questions of legal personhood with the matter of biological death. That Aurora appeared struggling as per the eyewitness testimony to the police as recorded in the arrest warrant affidavit is overt evidence of biological life, even in an abortion-obsessed society that claims that living babies, in and even out of the womb, cannot be "persons" until they take a breath. (Aurora pictured on right.)

* Excerpt from the Dynel Lane Arrest Warrant Affidavit: The following image is from the Probable Cause Arrest Affidavit for Dynel Lane in the Boulder County arrest report, page 5.

* Correction Requested from 9News on Behalf of Living Children Everywhere: Leslie Hanks, president of American Right To Life, requests that Anastasiya Bolton and NBC affiliate 9News issue a correction something along the lines of the following...

Regarding Michelle Wilkin's baby Aurora, on May 15, 2016, 9News wrongly implied that not meeting a legal definition for "person" equates to "dead". We wrongly extrapolated from the coroner's report and claimed that Aurora was found "dead in the bathtub." The prosecutors did not file homicide charges because of testimony that Aurora did not take a breath. But that does not discount the arrest warrant affidavit which states that "David [Ridley] found a small baby [and] rolled it over to hear and see it take a gasping breath." Regardless of Colorado law, it was incorrect to describe Aurora as "dead" when she was found.

* Biological Falsehood from 9News about Baby Aurora: Of course 9News would never report that Michelle Wilkins was carrying a dead baby. But then, when did the precious girl die? Adding biological insult to legal injury, Anastasiya Bolton gets it wrong... 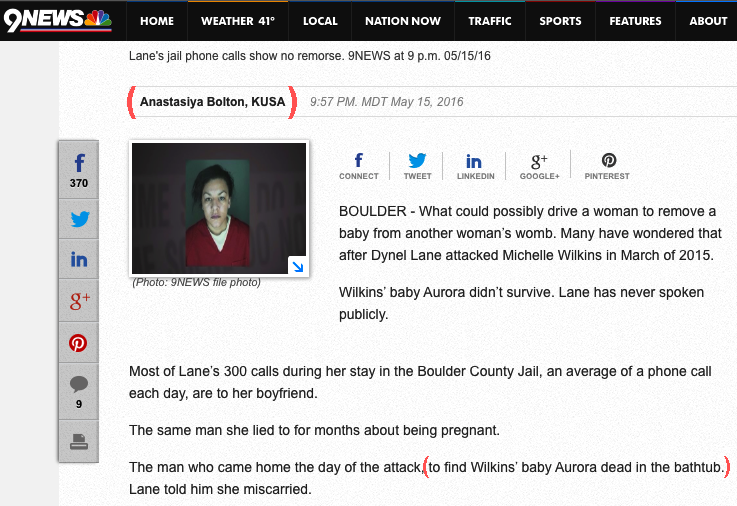 * Tweets To and From Anastasiya Bolton:

@Leslieforlife no re-writing here. that was the original report which the coroner later said was not accurate. she never took a breath.

@Leslieforlife I'm familiar w the original story. I reported it based on what was said. we don't change the story - just report facts.

Bolton of course would not describe all the babies born in the maternity ward in Longmont United Hospital as "dead" until they took their first breaths. And 9News interviewing a pregnant woman wouldn't ever refer to her unborn child as "dead" just because it hadn't yet taken a breath. Clearly, Bolton feels better about reporting that Aurora was not a person by thinking of the girl as dead. But she was not dead. She was killed... that girl who was not a person.