* Most Recent Version: See the latest version of this program and written show summary at RSR.org/scientists-doubting-darwin. 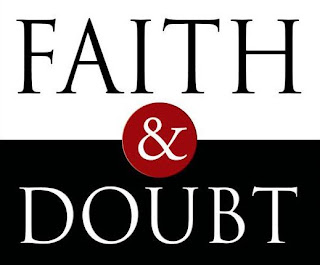 * Nobody Doubts Darwin, Except for This Guy: When anyone claims that all scientists are Darwinists, they are omitting neurosurgeon Ben Carson, and the crew over at The Third Way. And they also omit all the others who have gone out of their way to declare their doubt about Darwin.

* Nobody Doubts Darwin, Except for These Guys:
- 100 Ph.D.s listed at Australia's creation.com
- 200 scientists with master's degrees or Ph.D.s listed over at AiG
- 300 medical doctors at Physicians & Surgeons for Scientific Integrity
- 500 Ph.D. scientists at the Korean Association of Creation Research
- 600 advanced degreed scientist at the Creation Research Society
- 800 scientists who signified their opposition at DissentFromDarwin.org
- 3,000 scientists and professors, nearly, (most of whom hold a Ph.D. in some field of science) who reject secular Darwinism to varying degrees as named online by Dr. Jerry Bergman

They are also omitting those who doubt Darwin who have been identified by research including:
- 30,000 U.S. public high school biology teachers do not endorse Darwinism in class
- 100,000 college professors in the U.S. alone who, according to Harvard researchers, agree that "intelligent design IS a serious scientific alternative to the Darwinian theory of evolution."
- 570,000 medical doctors in the U.S., specialists in applied science, say God brought about or directly created humans. Whereas Darwinsim is dominated by storytelling, the field of medicine is an actual applied science (see definition and applied science section below) within biology that is practiced by highly educated professionals. Thus it is significant that 60% of all U.S. medical doctors reject the strictly secular Darwinist explanation for our existence, with three of five docs agreeing that either God initiated and guided the process that led to human life or that God specially created human beings as we are.

* Honorable Mention: It is observed that "authorities" should not be counted, but weighed. So weigh them. (The two-thirds of a million Ph.D.s, professors, and advanced degreed scientists doubting Darwin listed here would weigh more than 100 million pounds. :) Speaking of gravitas, however, for honorable mention, consider the RSR list of the many fathers of the physical sciences, both before and after Darwin, who rejected naturalistic origins, including Copernicus, Bacon, Kepler, Galileo, Harvey, Boyle, Huygens, Newton, Linnaeus, Cuvier, Dalton, Faraday, Pasteur, Joule, Kelvin, Lister, and Carver.

Aside from the severe misrepresentation that "all scientists are Darwinists", it is also a logical fallacy to imply that success in operational science translates to deserved trust in origins. Real Science Radio suggests, don't believe lies.

* Summary of the DI's Scientific Dissent from Darwinism: The Discovery Institute describes the hundreds of scientists who have signed their statement of dissent as made up of those holding "doctorates in biological sciences, physics, chemistry, mathematics, medicine, computer science, and related disciplines from such institutions as Oxford, Cambridge, Harvard, Dartmouth, Rutgers, University of Chicago, Stanford and University of California at Berkeley.  Many are also professors or researchers at major universities and research institutions such as Cambridge, Princeton, MIT, UCLA, University of Pennsylvania, University of Georgia, Tulane, Moscow State University, Chitose Institute of Science & Technology in Japan, and Ben-Gurion University in Israel."

* Of Course There's Overlap: Admittedly these lists contain some overlap but the orders of magnitude difference in the numbers indicate that the vast majority are not duplicates.

* Scientists Doubting or Rejecting the Big Bang: Unlike as with Darwinism, big bang cosmology is relatively insulated from real-world feedback because millions of professionals do not work in related fields as with biology. If hundreds of thousands of professionals received actual astronomical feedback in the same way that farmers,

veterinarians, and physicians do daily while working with biological systems, then surveys might show a picture similar to that regarding Darwinism. That is, if professionals interacted daily with all the astronomical data that challenges and undermines the expectations of big bang theory, then the world would likely see a similar percentage of professionals in related scientific fields rejecting the big bang too. Cosmological dogma, further removed from human observation than are theories on anatomy, "benefits" in a backward sense, from the herd mentality that reinforces the tendency to believe authorities because most people lack daily experience with first-hand evidence that may contradicting (or support) the received account. Thus when that theoretical physicist (emphasis on the theoretical), Lawrence Krauss told RSR that, "All evidence overwhelmingly supports the big bang", he of course was ignoring all the apparently contradictory evidence.  So he asks expects everyone to "Trust us", i.e., trust those with the inscrutable knowledge. Scientists who doubt or outright reject the big bang include:
- acclaimed astronomer Fred Hoyle, father of stellar evolution theory (whom Stephen Hawking pointed out also rejected Darwin; see biography, A Life in Science)
- acclaimed astrophysicists Margaret and Geoffrey Burbidge
- the hundreds of members of the young earth Creation Research Society
- the National Academy of Sciences which in 2003 published an alternative model for a bounded universe
- hundreds more scientists who are signing the extraordinary declaration at cosmologystatement.org.

* Meanwhile, Back in the Real World: In 2013, 62% of Americans say that they believe that God either guided the development of, or specially created, human beings. This means, of course, that none of them believe in the central tenet of Darwinism, which is that the diversity of life on Earth is explained by undirected, natural processes.

Our Annual September Telethon:  Every year Bob Enyart Live (which hosts Real Science Radio) has a telethon to raise the funds that are absolutely vital to help keep RSR on the air! Please help us continue to encourage the troops and to reach more people with the truth that God is our Creator and we can only be reconciled to Him through trusting in the resurrection of Jesus Christ! So please, please, help us!