Referencing Pluto Predictions & The Four Horsemen of the Apocalypse

* Tomorrow's Pluto Flyby: At 4:45 minutes into today's program. "We have a flyby of Pluto tomorrow. It's been ten years in the works. It's three billion miles away. ... It'll be great," said Bob Enyart. "Doug [McBurney], we have so many science predictions we've put out over the air, and in writing, over many years. Many of them confirmed, regardless of what Bill Nye or Neil deGrasse Tyson, say, that creationists cannot make science predictions. We have so many stunning science predictions that were confirmed in spectacular ways. So Pluto, we'll find out, we'll look back. I'll get Fred Williams from Real Science Radio. He and I will go through our predictions and see if any of them are confirmed or further confirmed." McBurney adds, "When I saw the headline the first thing I did was go to KGOV.com to search the archives to find out about Trans-Neptunian Obejcts, which Pluto is one, of the TNOs." So, from rsr.org/predictions: 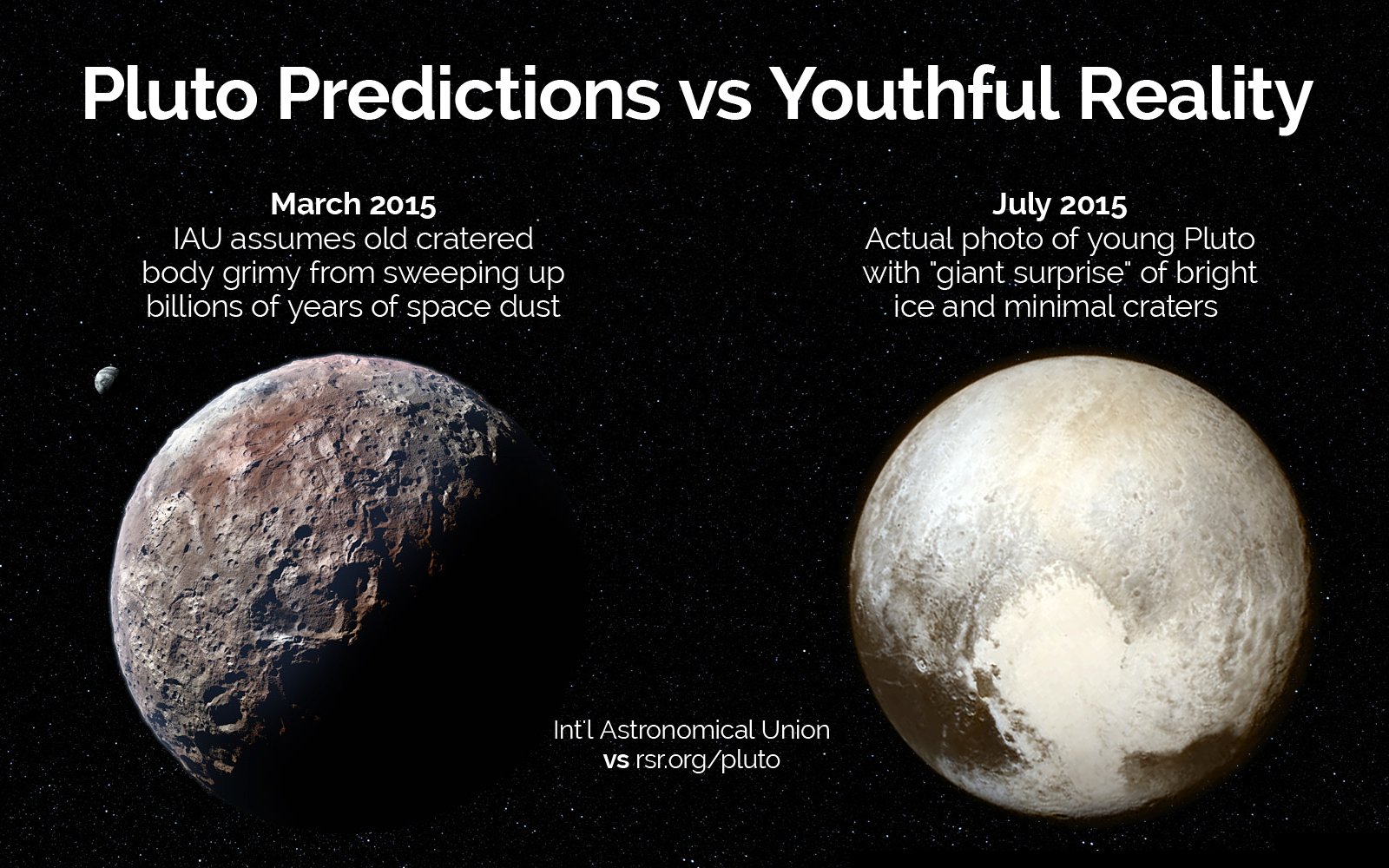 "On the day before NASA's July 14, 2015 flyby and based on young earth creationism and the Hydroplate Theory, RSR reminded the audience of our predictions regarding the debris of the solar system (meteoroids, TNOs of which Pluto is one, etc.) and that the data collected by this flyby will be consistent with a recent origin (youthful appearance) and an inner solar system and even a terrestrial origin for the Pluto system including that it is comprised of rounded boulders, water, salts, silicates, crystalline silicates, limestone, clay, cubanite, olivine, iron, nickel, organics including amino acids, and that Pluto might have more than its five known moons."

* Winning Without Principle: Also on today's broadcast, Bob and co-host Doug McBurney rebuke Scott Walker & leaders in the Pro-Life Industry (like Steve Ertelt, Troy Newman, Jill Stanek & Lila Rose) who have enabled him to effectively change the definition of “pro-life” to include those who support most, if not all child killing.

* 6200 and Counting: Dollars that is, to the BEL telethon! And you can help by subscribing to one of our monthly resources, or by donating just $1000.00 to receive a personally signed copy of Bob Enyart’s historic interview with child killer Warren Hern.