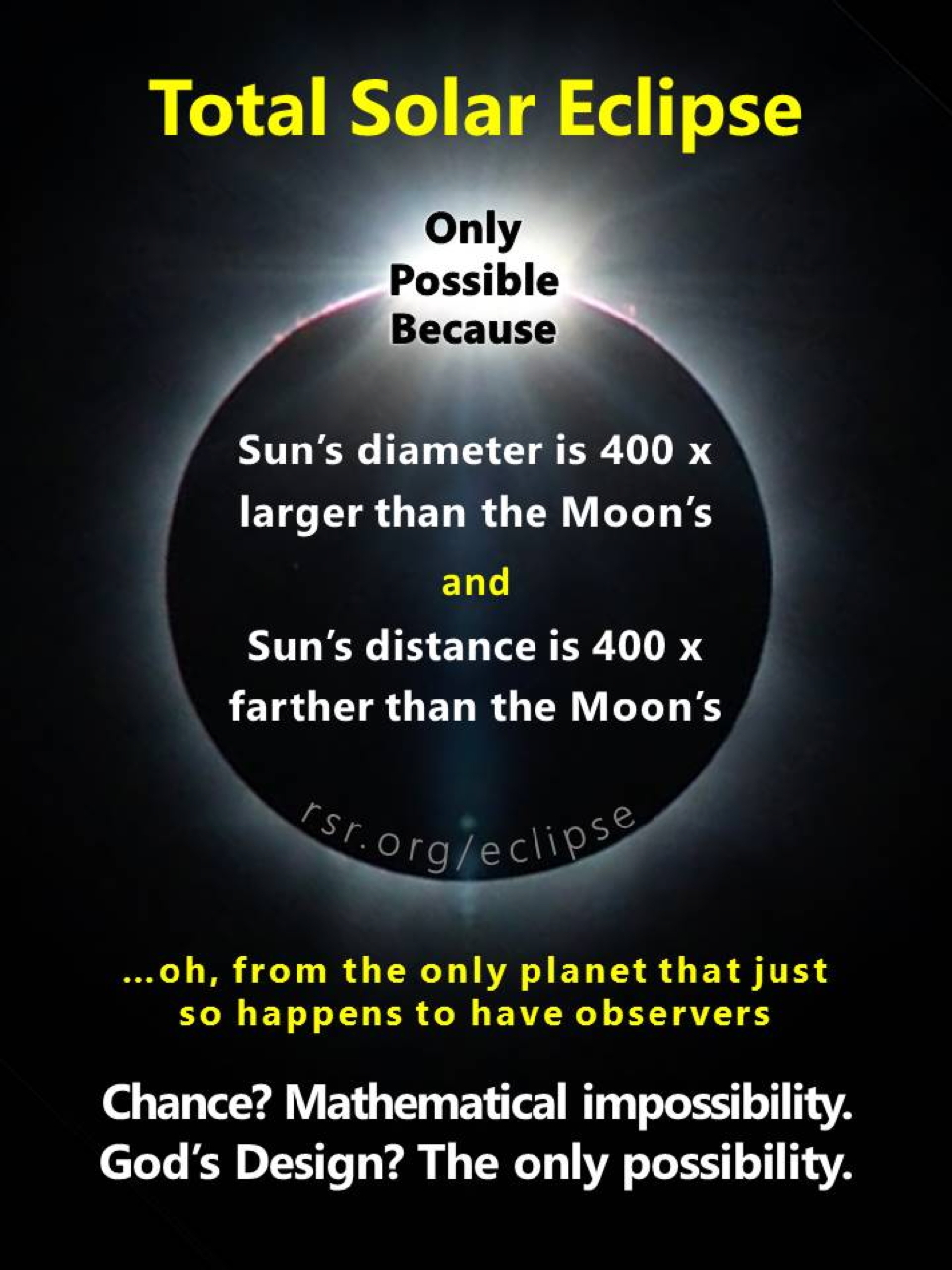 Welcome to Real Science Radio's program on the Great American Eclipse. Bob Enyart and Fred Williams talk a bit about how to view the August 21st eclipse, but they spend most of the show discussing amazing astronomy discoveries regarding the Sun, moon, Earth, and the other planets which support creation and falsify evolution (i.e., the materialist, atheistic stellar and planetary evolution claims). Evidence against the claim that a swirling gas cloud condensed forming our solar system, called the nebular hypothesis, includes that:
- the axis of the Sun’s rotation is seven degrees out of alignment with the ecliptic plane of the planets' orbits
- the Sun is missing nearly 100% of the spin that it should have if it condensed from that alleged swirling gas cloud
- the planets have nearly 100 times too much spin energy, called angular momentum
- of the many astounding fine tuning particulars of the solar system and of the Earth, one of the simplest enables this total solar eclipse, namely, that the Sun is 400 times larger than the Moon and it is 400 times further away.

* And Just Four Days After Today's Program: From the show summary of our Sept. 8, 2017 program: Confirmations of RSR Predictions Roll In:

We're broadcasting the news, RSR style. Bob Enyart airs the audio from last week's program when we made a prediction that Asteroid Florence may have one or two moons. Science headlines this week: Asteroid Florence has two moons! Ha! See more at rsr.org/predictions. There are about 1.5 million asteroids, and over 150 are known to have moons, or about 0.0001%. And they're believed, wrongly, to be not thousands but billions of years old. Further, the laws of physics make it enormously difficult for a body in space to capture as a moon another body (even if smaller by orders of magnitude). Thus even the most massive planets, with their relatively enormous gravitational pull, have captured only the tiniest percentage of asteroids as moons.

Imagine then, with the relatively negligible gravity of asteroids, have phenomenally difficult it would be for one to capture a moon, even given billions of years. Then calculate the multiplied unlikelihood of one such asteroid capturing two moons! Yet (like in the Grand Canyon's Red Wall Limestone where one of eight nautiloid fossils are standing on end) known so far, about one of every 15 or so asteroids with moons have two moons! To understand why, you can either Google origin of asteroids and click on Walt Brown's chapter at creationscience.com, or just begin right here at rsr.org/asteroids. 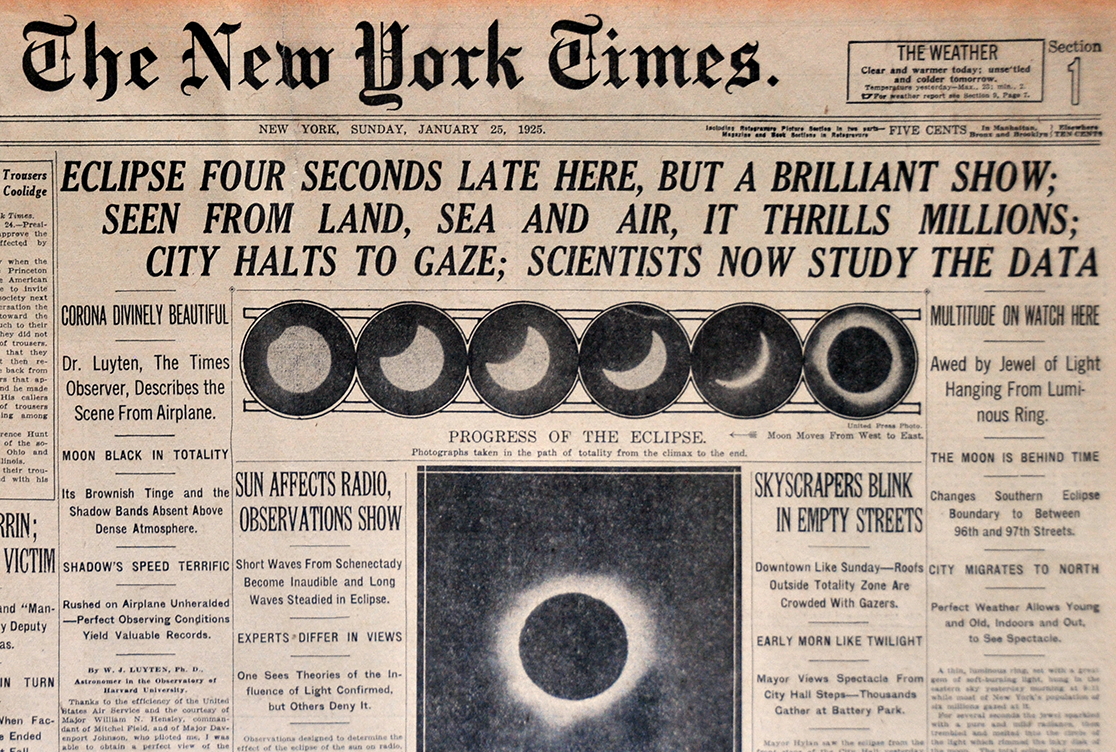 * Update A Year Later: According to Astronomy, on November 5, 2018, NASA's Voyager 2, just leaving the solar system and entering interstellar space as it crossed the heliopause, detected "a sudden and extreme increase in cosmic rays" Here at RSR, we urge the writers over at Astronomy magazine, and everyone, to thank God for the love and concern He displayed when creating the Earth for us!