The Virgin Mary is Not in the BEL Studio

* Denver's 7News Interviewed Bob re: Donald Trump: If you're inclined to, you might want to tune in this evening.

After a statue of Mary was "desecrated" at a church in Massachusetts, Bob Enyart discusses the tragic veneration of Mary by Roman Catholics and the reality that she is not omniscient and so she cannot hear the simultaneous prayers of millions of people speaking in a thousand languages. And of course like all men and women other than Jesus Christ, Mary was a sinner, evident also by her referring to God as "my Savior" (Luke 1:47), for only a sinner can have a Savior. Today's show updates a BEL program from a decade ago at http://kgov.com/mary-2006. Finally, earlier this year Bob helped to arrange protests at Paul Ryan's home and his St. John Vianney Roman Catholic Church and so it was heartening today to hear the mega abortionist funder Ryan booed by a hometown crowd in Janesville, Wisconsin. 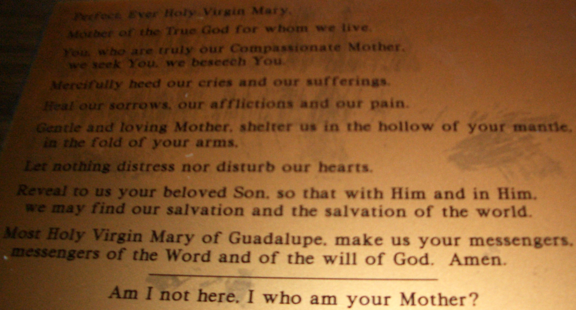