After our debate with Lawrence Krauss, a leading big bang proponent, RSR produced our list of peer-reviewed scientific evidence against the big bang and against the widely-held major features of its cosmological belief system. Real Science Radio continues to update our popular List of Evidence Against the Big Bang! The quote from theoretical physicist (emphasis on the theoretical) Lawrence Krauss that got Bob Enyart and Fred Williams all worked up was that, "all evidence overwhelmingly supports the big bang." Wow. You can evaluate the trustworthiness of that assessment yourself with the amazing list of scientific evidence against the big bang, right here...

RSR's List of Evidence that Contradicts the Big Bang 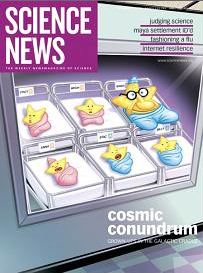 * Mature galaxies exist where the BB predicts only infant galaxies: The big bang predicts that when telescopes peer especially far into outer space, they should see only infant galaxies. Why? Because if the universe is 13.8 billion years old, light traveling toward us for 12 billion years would show galaxies as they existed in the early stage of the universe, just after galaxies had begun forming. Instead though, as we have been documenting for two decades, astronomers are repeatedly "startled" and "baffled" (per the journal Science) to see exactly what the big bang predicts should not exist. For many of the most distant (i.e., allegedly "youngest") galaxies look just like the Milky Way and the oldest galaxies that are all around us! Just in time for our 2014 RSR big bang program, the Carnegie Observatories: "discovered 15 [more] massive, mature galaxies located where they shouldn't be: at an average distance of 12 billion light years away from Earth."  Such discoveries prove wrong Neil deGrasse Tyson and his claim last week that we creationists cannot not make predictions, as any glance at our RSR Predictions and our confirmed predictions shows. In 2005 a cover story Science News stated, "Imagine peering into a nursery and seeing, among the cooing babies, a few that look like grown men. That's the startling situation that astronomers have stumbled upon as they've looked deep into space and thus back to a time when newborn galaxies filled the cosmos. Some of these babies have turned out to be nearly as massive as the Milky Way and other galactic geezers that have taken billions of years to form." Finally, in 1995, as NASA was preparing to publish their first Hubble Deep Field Image, As a biblical creationist, Bob Enyart predicted that NASA and the entire big bang community of astronomers, physicists and astrophysicists, would all be wrong, because the furthest galaxies would look just like nearby galaxies regarding apparent age. Learn more here, here, here, here, and here!

* Surface brightness of furthest galaxies identical to nearest galaxies: A 2014 physics journal paper reports careful observations of about a thousand galaxies that contradict a fundamental big bang prediction. A team of astrophysicists led by Eric Lerner from Lawrenceville Plasma Physics published, UV surface brightness of galaxies, and found that, as reported in Sci-News, "Contrary to the prediction of the Big Bang theory, they found that the surface brightnesses of the near and far galaxies are identical." And further, "It is amazing that the predictions of this simple formula are as good as the predictions of the expanding Universe theory, which include complex corrections for hypothetical dark matter and dark energy," said one of the study's co-authors, Dr Renato Falomo of the Osservatorio Astronomico di Padova, Italy. Hear more about this report on Real Science Radio as explained by physicist John Hartnett, one of the creators of the most precise clock ever made by human beings!

In fact, what astronomers had assumed, for many spiral galaxies, were classic "bulges", turned out to be nothing of the sort. Further, simulations show that galaxy mergers could not occur without the millions of years of collisions occurring. And because all those collisions would produce a bulge, another major prediction of the big bang theory, regarding the formation of all large spiral galaxies, has been falsified. So, now that scientists have looked for the expected forensic evidence of that violent history, and realized that it is missing, therefore the University of Texas astronomy department chairman John Kormendy admitted that these pristine spiral galaxies "were something of a shock" for they "look rather too perfect."

* Clusters of galaxies exist at great distances where the BB predicts they should not exist: Galaxy clusters typically have between 100 and 1,000 gravitationally bound galaxies. When astronomers began looking at the furthest galaxies, which must have been formed when the universe was young, they did not expect to find galaxies pulled together into clusters. But they did. "The surprising thing is that when we look closely at this galaxy cluster," said Raphael Gobat, lead author of an Astronomy & Astrophysics journal paper, "it doesn't look young..." 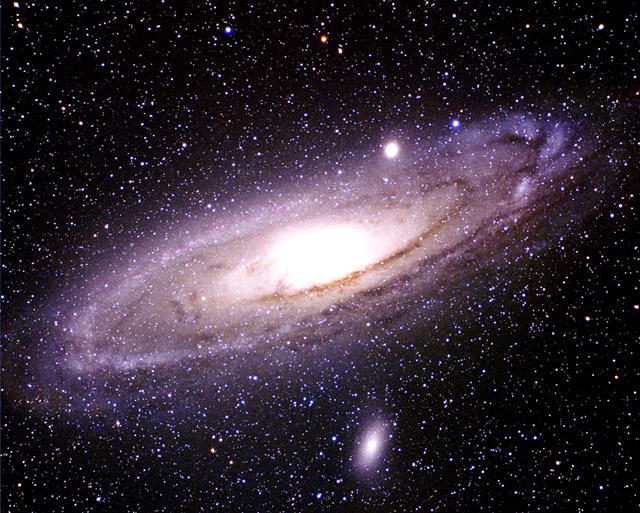