For PDF, HTML, and Flipbook versions of the 9th Edition of Walt Brown's In the Beginning, just click on over to hpt.rsr.org!

Walt Brown's In the Beginning 8th Edition is OUT OF PRINT! Do you have a used copy you don't need? Here at Real Science Radio/BEL we've long been a source of information about the rsr.org/hydroplate theory and a great place to purchase Walt Brown resources. But now we're out. If you have a copy that you've already read, or that you know that you're not going to read, and would like to help us, we ask you to consider mailing your copy to BEL, 6126 Braun Court, Arvada CO 80004. (As of April 2021, new copies of Walt's book online are going for $300 to $370 each and used one for well over $100. But for our RSR listeners, and to keep ITB available for as reasonable a price as we can, around $120 each, we track sales of pre-owned books and offer them at our rsr.org/store.)

* Do You Have an Earlier ITB Version? In our RSR library, we have the 5th edition of ITB, the 6th, 7th, and 8th (and of course the PDF of the 9th edition that's at hpt.rsr.org). A copy of every edition of Dr. Brown's book is available in the personal library of one of our researchers outside of Seattle. But in studio we don't have the 1st, 2nd, 3rd, or 4th editions. If you have a copy of one of Walt's early editions and can bear to part with it, be assured it will be put to good use (for historical research). It'll have a great home here at Real Science Radio if you'd like to mail it to us at Bob Enyart Live, 6126 Braun Court, Arvada CO 80004.

* RSR's Favorite Scientist: Here at Real Science Radio, Dr. Walt Brown is our favorite scientist! Brown authored the hydroplate theory, which explains 25 major features of the earth and its environment, and he's made five amazingly specific predictions about the earth and astronomy which have since been confirmed as accurate and his current book contains 45 more predictions. These insights flow from Walt's theory that the global flood resulted after the earth's crust broke open, forming the globe-encircling mid-oceanic ridge, and released water from ten miles beneath the surface from a virtually worldwide subterranean sea.

* Biography: Walt Brown received a Ph.D. in mechanical engineering from the Massachusetts Institute of Technology (MIT), where he was a National Science Foundation Fellow. He has taught college courses in physics, mathematics, and computer science. Brown is a retired Air Force full colonel, West Point graduate, and former Army Ranger and paratrooper. Assignments during his 21 years of military service included: Director of Benét Laboratories (a major research, development, and engineering facility); tenured associate professor at the U.S. Air Force Academy; and Chief of Science and Technology Studies at the Air War College. For much of his life Walt Brown was an evolutionist, but after years of study, he became convinced of the scientific validity of creation and a global flood. Since retiring from the military, Dr. Brown has been the Director of the Center for Scientific Creation and has worked full time in research, writing, and teaching on creation and the flood. And as Bob Enyart says, "Henry Morris is the Copernicus of the creation movement, and Walt Brown is the Isaac Newton!"

* Part 1: Today's program sufficiently summarizes last week's opening to RSR's series on the formation of chains of volcanoes. If however you're a cross-your-Ts kind of person, we invite you to click on back to last week's program and enjoy! 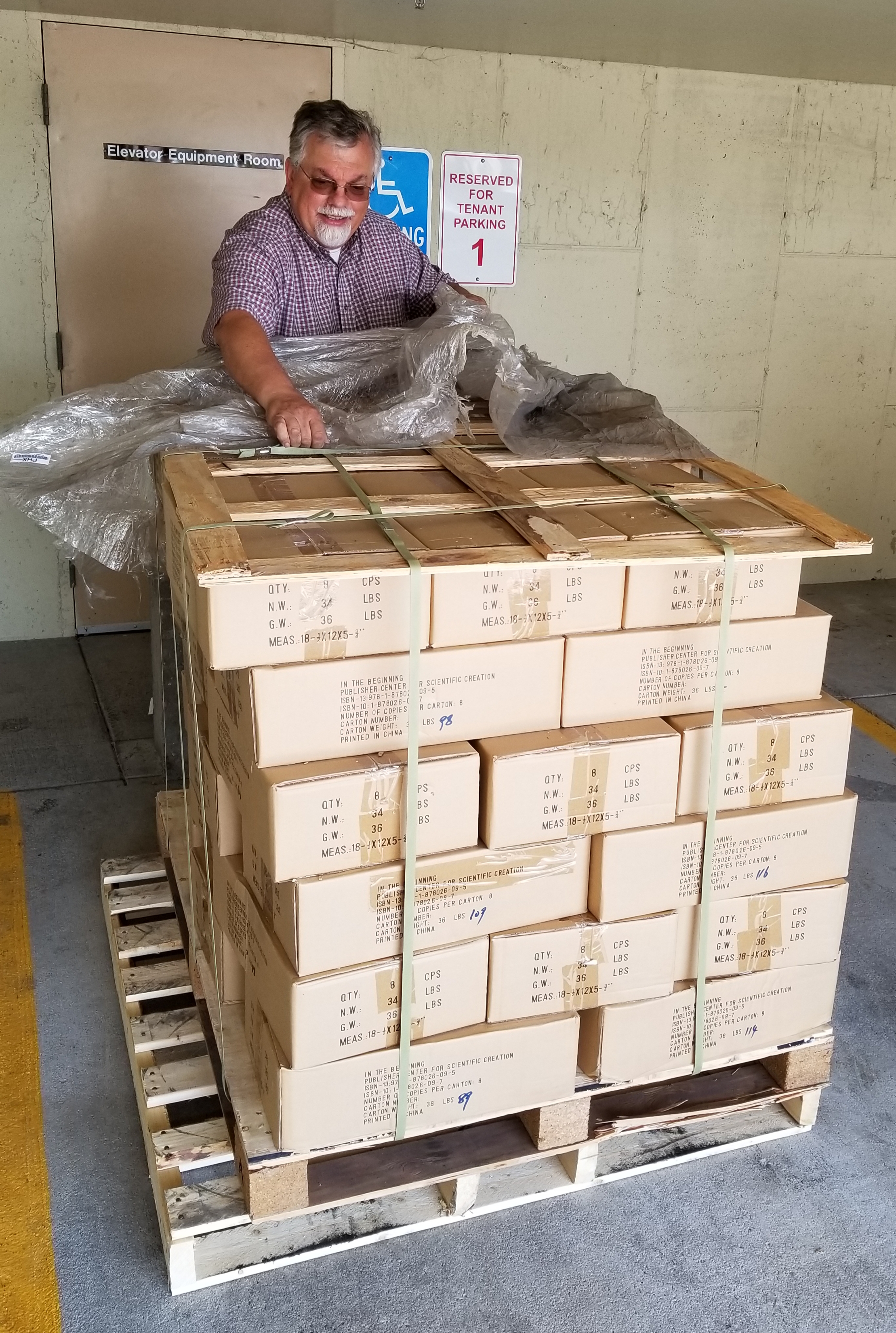 * A Pallet of Dr. Brown's ITB Books: [This bullet item is retained for archival purposes only.] RSR is offering the 8th Edition of Walt Brown's stunning In the Beginning book for only $49.99! The 8th Edition is a timeless gem and the 9th Edition most likely will not be published until the 8th Edition inventory is sold out. As of March 2020, there's very little inventory left, so please consider buying a copy to help spread the word and hasten the coming of the 9th edition! :)

* Plate Tectonics, Subduction, Predictions, Etc.: See Walt's chart on the reasons why plates have not subducted! And for his confirmed predictions, see rsr.org/predictions#walt-brown. All of our Real Science Radio Hydroplate Theory resources are collected on a single page over at rsr.org/global-flood.

Today's Resource: Get Dr. Walt Brown's fabulous book (Update: Sold out, but very expensive used copies are sometimes available in our store.) In the Beginning! Order this or other resources by clicking the link or calling us at 800-8Enyart (800 836-9278)!