A Bird, a Quadrillion Bacteria, and a Bible Tour

Post-show update: Jerry Coyne, fruit-fly expert and evolution professor, has just blogged against Real Science Radio. Bob Enyart's comment in reply is "awaiting moderation" :) See all of this at our article at realscienceradio.com/Jerry-Coyne.

* Flying Like a Falcon: Bob and Fred talk about the terrific new issue of "Answers," the magazine by AnswersInGenesis.org. The fastest land animal on earth is the cheetah, but the fastest animal of all is the peregrine falcon. Dr. Don DeYoung, one of the foremost Creationist research scientists in the world and president of the Creationist Research Society, recently spoke at the Rocky Mountain Creation Fellowship. His article about peregrine falcons describe how they can fly at speeds of 200 mph thanks to highly specialized "equipment" in their physiology.

For the falcon to breathe at such high speeds, their nostrils have a conical structure in the center of their nostrils, functioning as a “baffle” which is copied in the designs of jet engines to this day. Did this “evolve” independent of the bird’s body shape, feather design, wing angle and optical system?

A falcon's eyes must be exceptional, with four times as many photo-receptor cells as a human eye, helping give it amazingly clear long-distance vision. Their eyes are also capable of functioning while speeding through the air at such high speeds, unlike the human eye, in part thanks to nictitating membranes, which are transparent eyelids, so that they can "close" their eyes and yet still see clearly. This brings to mind Bob's recent debate with a University of California professor of Ophthalmology on the evolution of the eye, in which the evolutionist made the following erroneous claims about the human eye:

* Evolution Makes Eye Expert Ignorant on the Eye: Gary Aguilar repeatedly claims that the plica semilunaris (in the corner of your eye), is a functionless leftover of evolution. However, according to the authoritative Foundations of Clinical Ophthalmology (Vol. 2, Ch. 2: Plica Semilunaris), the plica functions during movement of the eye, to help maintain tear drainage, and to permit greater rotation of the eyeball, for without the plica, the membrane called the conjunctiva would attach directly to the eyeball, restricting movement. Rather than being informed with the latest knowledge from his own field, Aguilar is decades out of date on the anatomy of both the wiring of the retina and on the plica, claiming it is a functionless leftover of the nictitating membrane (an additional, transparent eyelid in some creatures). Rather than researching his Darwinian claims in the most relevant scientific literature, Aguilar, following Dawkins, gets his outdated claims from a 150-year old book by Charles Darwin. Aguilar also repeats Dawkins' long-refuted claim, based on scientific ignorance and evolutionary bias, that the human eye is wired backward. For an explanation of why our eye is wired the reverse of an octopus, and optimally for human vision, listen to the Enyart-Aguilar-Eye-Excerpts, see Dr. Carl Wieland's article, and the peer-reviewed paper by Peter Gurney, a fellow of the Royal Colleges of Ophthalmologists, as well as his popular article that deals with both the plica and the wiring. (See more at realscienceradio.com/eye.)

Back to the falcon, the peregrine has a black patch beneath its eyes, much like you see on football players, to reduce sun glare.  Yet another distinct and independent part of the animal's genetic code that is part of the greater system. No doubt if the falcon's under-eye black patch said "John 3:16" like Tim Tebow's does, they would still argue that it was a random, freak occurrence, still denying evidence of design.

* Good Bacteria Treatment: A daring doctor at Australia's Center for Digestive Diseases is treating multiple sclerosis by introducing good bacteria into his patient. The patient has now traded his wheel chair for a motorcycle! Bacteria have a stunningly important role in the function of the human body, and outnumber actual human cells by a ratio of 9 to 1. Most kinds of bacteria in the world are good and conducive to health in living creatures. It's actually the weaker, genetically defective bacteria that we term "bad bacteria." But we understand that when God created the world, everything in it was "very good," including all bacteria.

* Stink Bugs: Secular, evolutionist scientists are regularly shocked by the very things that fit with a Creationist understanding of science. When researchers introduced insecticide to stink bugs, they were amazed that they developed a strong resistance to it within a single generation, thanks to assistance from bacteria. The scientists expected the beetles to perhaps eventually develop a beneficial mutation, after many generations, according to evolutionary theory. But, as usual, the secular scientists were taken aback by results that are completely antithetical to their evolutionist preconceptions.  But this doesn't stop them from announcing every time that this unexpected result "proves evolution." 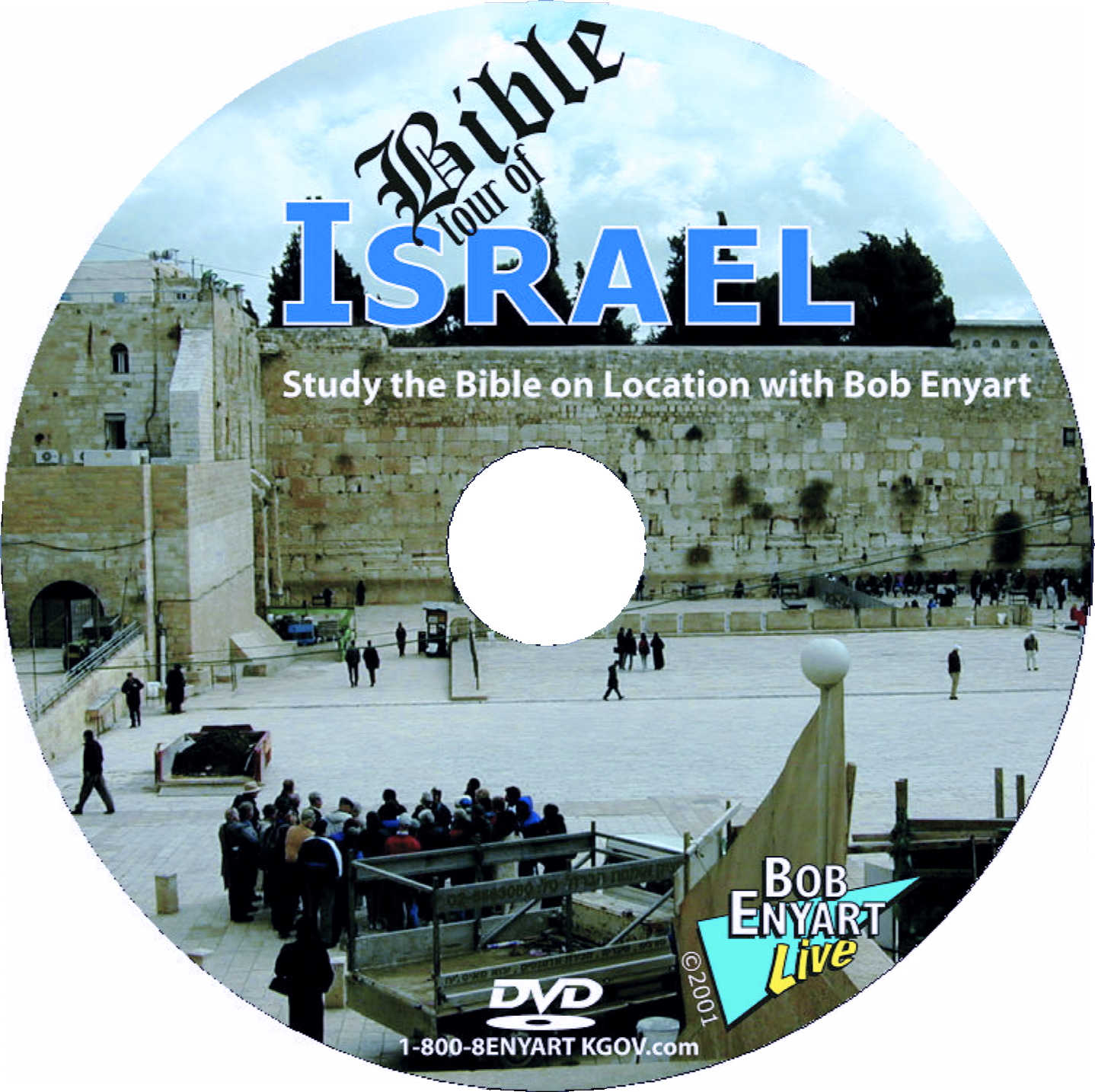 * Cambridge Peterborough Study Confirms Creationist Claims: A 10-year study concluding in 2012 finds, "that a major reason why certain young people refrain from crime is not because they fear the consequences; it’s that their morality simply prevents them from even seeing crime as a possible course of action in the first place."

Today's Resource: On today's program Bob and Fred also mention the Dead Sea Scrolls which reminds us of this great BEL DVD, Bible Tour of Israel. Filmed on location, you will feel like you are there with Bob Enyart and you'll learn a lot about Israel and the evidence corroborating the story of the Bible! Also, you can enjoy one or two of Bob's entertaining and insightful videos each month, mailed to you automatically, simply by subscribing to the BEL Monthly Topical Videos service! Also, you can check out the other great BEL subscription services!